Terri Barnes is a versatile business leader with a unique blend of customer service and operations experience in the financial service and health care industries. She received her bachelor of science degree in business administration at Park University. Terri was a call-center manager for 22 years at American Century Investments, Upromise Investments and Amerigroup Insurance until she retired in 2014. She has taken those skills and areas of expertise to the non-profit sector.

Terri is a 2008 graduate of Kansas City Tomorrow, the Civic Council’s Leadership Program, and has been a volunteer at the W.E.B. DuBois Learning Center since 1999, where she currently serves as the board president. She also was the interim executive director. The Center began as an advanced and accelerated learning program with an emphasis on reading, math and science, along with mentoring young, minority students. “The mentoring program is still a huge component because Co-founder Leon Dixon emphasized that our children need positive, dynamic role models to show them the possibilities that are available to them through education,” said Terri. “Most recently, the program has addressed remedial education because our Kansas City Missouri School District students have fallen behind the national average in STEM, which stands for science, technology, engineering, and math.”

She has led the DuBois board through a series of tumultuous years. The Center was located at 5501 Cleveland for more than 30 years and moved from there in the early 2000s to the Pinkerton School. The KCMSD sold that building to another school that needed expansion. “The Center then relocated into the former Milton Moore School at 4510 Linwood. I am currently leading a capital campaign to raise one million dollars toward the purchase and renovation of the building for the Center.” Terri is working tirelessly, developing brochures, supervising the writing of grants and creating a video to present to local funders.

In 2001, she also recognized the need for a community resource for girls and young women in the urban core and co-founded Trace’s Place, where she is improving the lives of girls and young women. Her stellar work career and her civic leadership as board chairman serve as an inspiration to the agency’s clients. 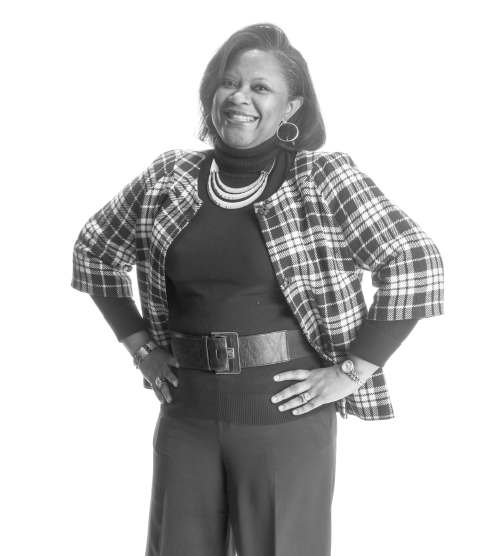 Terri’s husband, Lee, is a Fifth District Councilman for Kansas City, Missouri and is director of operations for the Swope Corridor Renaissance/Upper Room, a non-profit organization whose goal is to transform neighborhoods by developing educational programs, providing a child development center and rehabilitating abandoned housing. Both Terri and Lee are caring and concerned residents of Our Town.

Terri feels honored to be selected as a 2016 Rising Star. “It has given me an opportunity to meet so many other caring and passionate individuals supporting incredible causes for our community,” said Terri. “Kansas City has so many needs, and we are fortunate to have generous individuals, organizations and businesses that look for meaningful ways to make a difference. I love being a part of that community and am more encouraged and committed than ever before to do my part in creating a more healthy, happy Kansas City!”