Eighteen-year-old Chaeyoung Park will be the guest artist with the Kansas City Symphony at the Symphony League’s Symphony Ball, “Rhapsody in Blue,” to be held on September 12th at the Muehlebach Tower of the Kansas City Marriott Downtown. Joan Horan is the honorary chairman, and Elaine Mann and Annette Sherrow are serving as the co-chairmen. Chaeyoung is the winner of numerous piano competitions, including the 2014 Woman’s City Club Charitable Foundation Young Artist Competition. 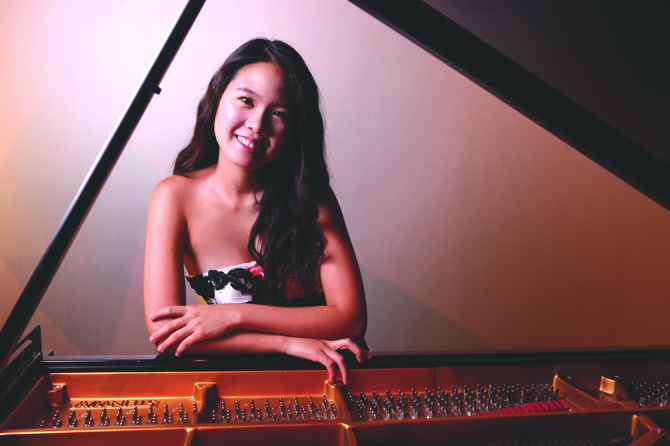 Also featured in the July 25, 2015 issue of The Independent
By Ann Slegman
Photo Credit: Ann Dean