Mr. and Mrs. Gary Lee Eickhorst of Leawood, Kansas, and Mr. Joseph Marshall Kessinger of Prairie Village, Kansas, are pleased to announce the engagement of their daughter, Elizabeth Gibson Kessinger, to Eric William Loebig, the son of Mr. and Mrs. Brent William Loebig of Clarendon Hills, Illinois. The bride-to-be is the granddaughter of Mr. and Mrs. Whitney Edward Kerr of Prairie Village, Marsha Giesecke Lundy of New Smyrna Beach, Florida, and Mr. and Mrs. William Buckner Kessinger of Prairie Village. Ellie is a graduate of Shawnee Mission East High School. She was a Jewel Ball debutante in 2011. Ellie earned a bachelor’s degree in elementary education from the University of Missouri and a master’s degree in special education from The University of Kansas. She is a member of Pi Beta Phi sorority.

Her groom-elect is the grandson of the late Mr. and Mrs. Percy Meldrum Mundell and Mr. William Edwin Loebig of Cincinnati, Ohio, and the late Mrs. Loebig. Eric is a graduate of Hinsdale Central High School in Hinsdale, Illinois. He earned a bachelor’s degree in business administration from the University of Missouri and is a member of Beta Theta Pi fraternity. Theirs will be a June 15th wedding at St. Andrew’s Episcopal Church in Kansas City. 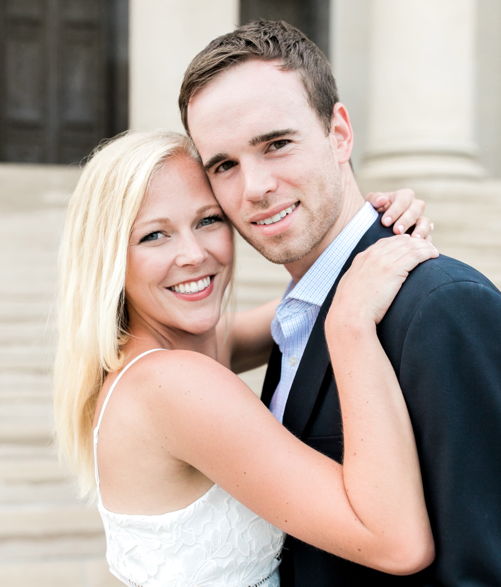 Also featured in the April 27, 2019 issue of The Independent
Photo Credit: Brooke Genn