Mr. and Mrs. W. Brent Fuson of Prairie Village, Kansas, are pleased to announce the engagement of their daughter, Emily Catherine Fuson, to Jonathan Phillip Horowitz, the son of Dr. and Mrs. Kenneth Horowitz of Lawrenceville, Georgia. The bride-to-be is the granddaughter of Mr. and Mrs. Phillip Patrick Wagner of St. Louis, Missouri, and Cornelia Fuson Long of Kansas City, Missouri, and the late Mr. Alvin Allen Fuson. Emily is a graduate of Shawnee Mission East High School. She earned a bachelor of science degree in nursing from Texas Christian University. Emily is a member of Kappa Alpha Theta sorority. She is employed with Grady Memorial Hospital in Atlanta, Georgia.

Her groom-elect is the grandson of Mrs. Gilbert Simms of Long Beach, New York, and the late Mr. Simms and the late Mr. and Mrs. Nathan Horowitz. Jonathan is a graduate of Brookwood High School in Snellville, Georgia. He received a bachelor of science degree in sports management from Georgia Southern University. Jonathan is a member of Sigma Phi Epsilon fraternity and is employed with Deloitte Consulting in Atlanta. Theirs will be an April 27th wedding at the Hilton President Hotel in Kansas City, Missouri. 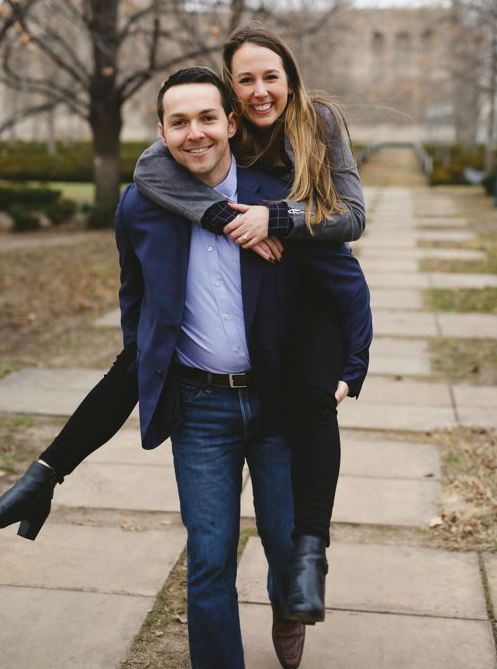 Also featured in the February 16, 2019 issue of The Independent
Photo Credit: Aaron Phelps