Dr. Alison Maria Scholes of Mission Hills, Kansas, and Mr. James Philip Starr of Kansas City, Missouri, are pleased to announce the engagement of their daughter, Emma Jeannette Starr, to Nicholas Joseph Tymkiw, the son of Mr. and Mrs. Douglas Richard Tymkiw of Slidell, Louisiana. The bride-to-be is the granddaughter of Dr. Susan Ann Ellis of Kansas City, the late Mr. Gordon Arthur Scholes, Jr., and Mr. and Mrs. John Philip Starr of Longboat Key, Florida. Emma is a graduate of The Pembroke Hill School. She was presented at The Jewel Ball in 2015. Emma earned a bachelor of arts degree in classics from Carleton College.

Her groom-elect is the grandson of Mr. Bernard Thomas Barrere of Slidell and the late Mrs. Barrere, and the late Mr. and Mrs. Harry Julius Tymkiw. Nick is a graduate of Pope John Paul II High School. He was Emma’s Jewel Ball escort in 2015. Nick earned a bachelor of science degree in aerospace engineering from Mississippi State University. The two are students at the University of Illinois. In May, Emma will receive a master’s degree in the art of teaching Latin, and Nick will receive a master of science degree in aerospace engineering. Theirs will be a July 11th wedding at Guardian Angels Catholic Church in Kansas City. 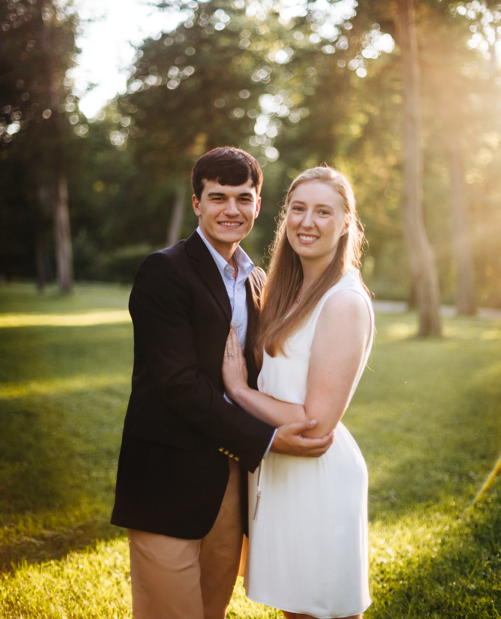 Also featured in the March 7, 2020 issue of The Independent
Photo credit: Sara Gardner