Joanne and George are both graduates of Central High School in St. Joseph and the University of Missouri. She earned a bachelor of arts degree in child life, and he received a bachelor of science degree in business administration in real estate and finance. George was a Jewel Ball escort in 2012. Joanne is a BOTAR, class of 2016, and George was her BOTAR escort. Joanne is a member of Kappa Kappa Gamma sorority. She is a child life specialist with Stormont Vail Health in Topeka, Kansas. George is a member of Beta Theta Pi fraternity. He is a vice president of DLA Companies in Kansas City, Missouri. Theirs will be an August 17th wedding at Country Club Christian Church in Kansas City. 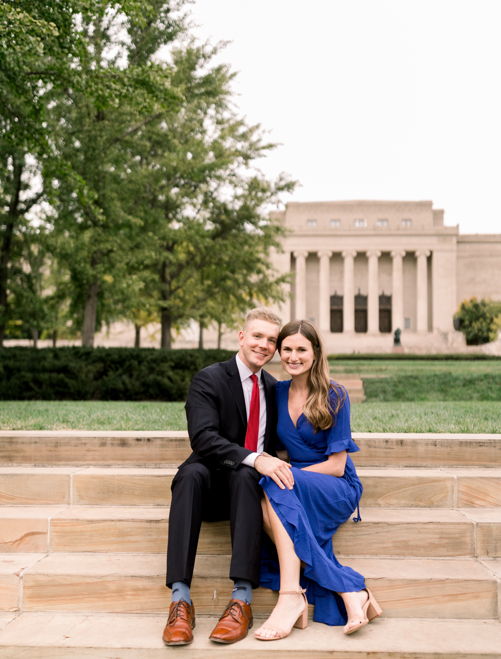 Also featured in the February 16, 2019 issue of The Independent
Photo Credit: Stephanie Nachtrab