Lauren Elizabeth Vaughan and Eric Joseph Racki were married at Holy Trinity Catholic Church in Lenexa, Kansas, on October 12th. The bride is the daughter of Karen Reed Vaughan and Joseph Vaughan, Jr., both of Prairie Village, Kansas. Lauren is the granddaughter of Barbara and DuMont Reed of Prairie Village, Kansas, and the late Elizabeth and Joseph Vaughan, Sr. Her groom is the son of Monica and Charles Racki of Shawnee, Kansas. Eric’s grandparents are Margaret Racki of Shawnee, Kansas, and the late Charles Racki, the late Leah Modrcin, and the late Bernice and George Modrcin.

Elizabeth Crane was the matron of honor. The groom’s sister, Erin Strathman, was a bridesmaid, as were Molly Koenigsdorf, Kara Larson, Melissa O’Keeffe, Elizabeth Purk, and Lindsay Williams. Sean Campbell served as the best man. Eric’s brother-in-law, Thomas Strathman, was a groomsman, along with John Donnelly, Kevin Lynch, Garett Mugler, Nathan Scherman, and Daniel Unruh. The ring bearers were Colin Koenigsdorf, Lauren’s godson, and Brayden Strathman, Eric’s nephew. Father Gerard Alba was the celebrant, and Father Mark Goldasich, the groom’s cousin, was the co-celebrant. On the evening prior to the wedding, the Rackis toasted their son and future daughter-in-law at a rehearsal dinner at The 180 Room. Following the ceremony, the bride’s parents hosted a reception at Father Quigley Faith Formation Center in honor of their daughter and new son-in-law. The couple enjoyed a honeymoon trip to Costa Rica and are at home in Roeland Park, Kansas. Lauren and Eric are both employed with Kansas State University in Olathe, Kansas. 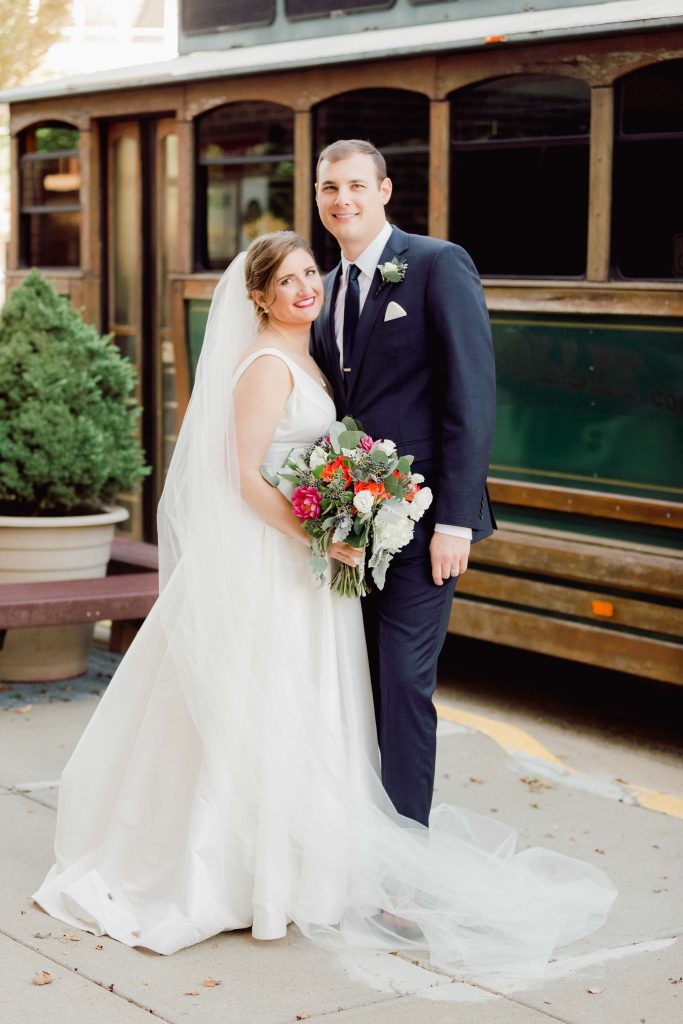 Also featured in the January 25, 2020 issue of The Independent
Photo credit: Laura Foote