Mr. and Mrs. Charles Mason Newell of Mission Hills, Kansas, are pleased to announce the engagement of their daughter, Margaret Elizabeth Newell, to Griffin Tucker Hawkinson, the son of Mr. and Mrs. Paul Griffee Hawkinson of McPherson, Kansas. The bride-to-be is the granddaughter of the late Mr. and Mrs. Henry Joseph Strick and the late Mr. and Mrs. Paul Dayton Newell. Maggie is a graduate of Shawnee Mission East High School. She was presented at The Jewel Ball in 2009. Maggie earned a bachelor of science degree in business and a master of accountancy degree from The University of Kansas. She is a BOTAR, class of 2012. A member of Kappa Alpha Theta sorority, Maggie careers with Ernst & Young in Dallas, Texas.

Her groom-elect is the grandson of Dr. John Richard Johnson of McPherson, Kansas, the late Harriet Joan Johnson, the late Virginia Claire Hawkinson, and the late Mr. Alfred Simpson Hawkinson. Tucker is a graduate of McPherson High School. He earned a bachelor of science degree in petroleum engineering from The University of Kansas and a master of business administration degree from Southern Methodist University. Tucker was a BOTAR escort in 2012. A member of Beta Theta Pi fraternity, he is employed with Generational Equity in Dallas, Texas. Theirs will be an October 6th wedding at the home of the bride’s parents. 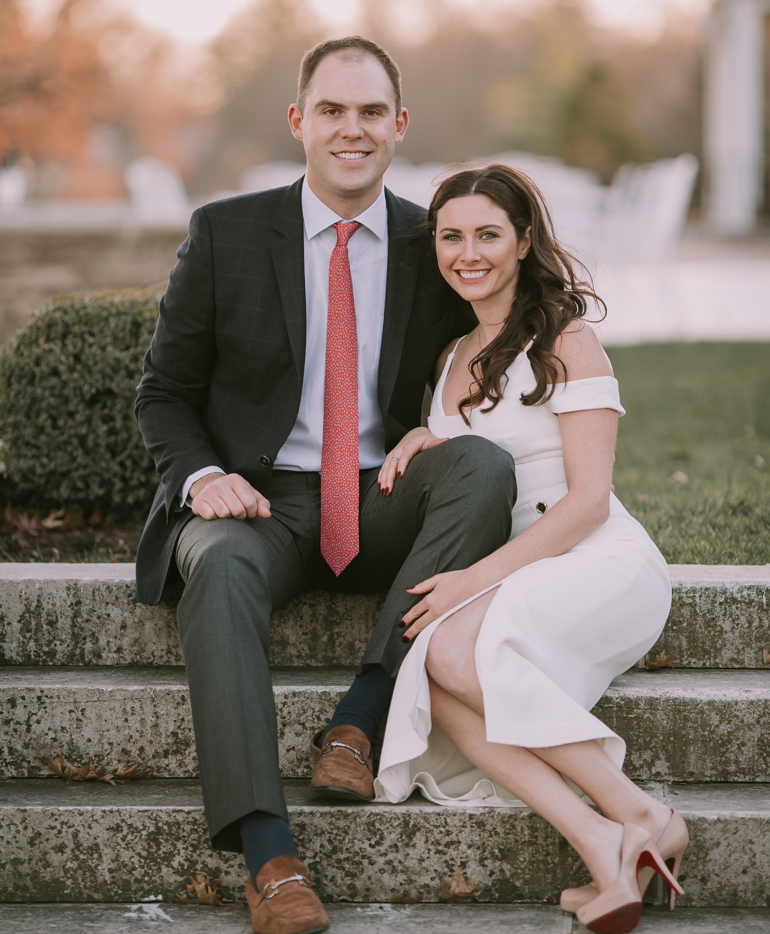 Also featured in the August 18, 2018 issue of The Independent
Photo Credit: Cassandra Castaneda