Mr. and Mrs. Dale William Faessel of Pensacola, Florida, are pleased to announce the engagement of their daughter, Sara Martha Faessel, to George Revis Lewis, the son of Mr. and Mrs. Ralph Emerson Lewis II of Prairie Village, Kansas. The bride-to-be is the granddaughter of the late Mr. and Mrs. William Levere McCracken and the late Mr. and Mrs. Mathew William Faessel. Sara is a graduate of Pensacola Catholic High School. She earned a bachelor of science degree in ocean engineering from the United States Naval Academy.

Her groom-elect is the grandson of Mr. and Mrs. Paul Stewart McKie of Prairie Village and the late Dr. and Mrs. Revis Clifton Lewis. George is a graduate of Shawnee Mission East High School. He received a bachelor of arts degree in history and political science and a juris doctor from The University of Kansas. A member of Phi Delta Theta fraternity, George was a Jewel Ball escort in 2006 and a BOTAR escort in 2010. Sara and George are employed with the United States Navy in Washington, D.C. Theirs will be an August 17th wedding in Annapolis, Maryland. 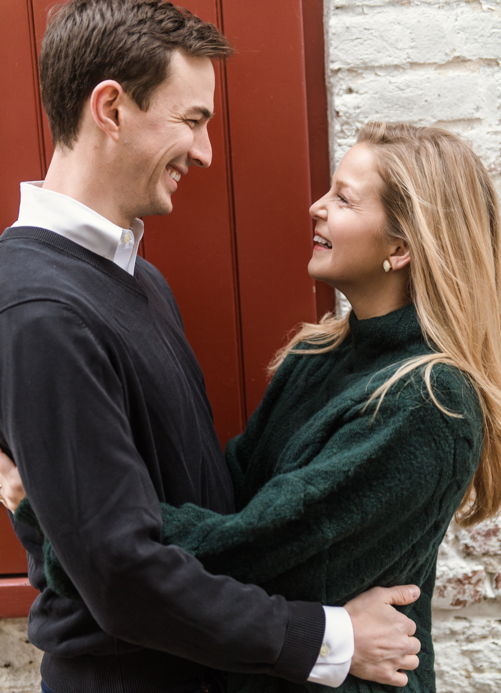 Also featured in the May 11, 2019 issue of The Independent
Photo Credit: Hamilton Photography