Ask Sophie Uhlmann Blazar, age six, and Paul William Blazar, age 1-1/2, “What’s new?” and they’ll tell you, “Our baby brother!” Brown-eyed, brown-haired Benton Henry Blazar was born on March 4th. He weighed six pounds, five ounces, and was 19 and 1/2 inches long. Benton is the son of Lauren Uhlmann Blazar and Aaron Blazar. His doting grandparents are Elizabeth and Paul Uhlmann III and Mary Hunstiger and William Blazar. Benton has two sets of great-grandparents who are remembered fondly in Our Town: the late Marion and Henry Bloch and the late Barbara and Paul Uhlmann, Jr. His middle name honors his great-grandfather, Henry Wollman Bloch, whose lifetime very briefly overlapped his. 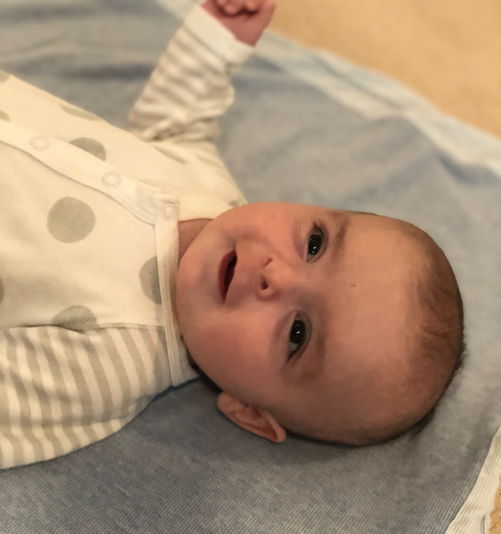 Additional photo featured in the August 3, 2019 issue of The Independent