HEY, LET’S PUT ON A SHOW: KCDF is fulfilling early promise, and then some

When Anthony Krutzkamp and Logan Pachciarz welcomed the audience to the Kansas City Dance Festival’s inaugural performance in June 2013, some doubted that such an endeavor could thrive in KC’s previously uneventful summer months. But these two former Kansas City Ballet dancers made it crystal-clear that KCDF was here to stay. “In our first curtain announcement, we said: Welcome to the annual Kansas City Dance Festival,” said Anthony recently from California, where in December he became executive director of Sacramento Ballet. “That was literally the first thing that we said.”

Six seasons later, the KCDF is not just still going, it is thriving in ways that even its founding co-artistic directors could not have imagined. It has also joined a bustle of activity that has made Kansas City into a “cultural destination” for the summer months. This year’s culminating Festival program, to be presented on July 20th at the Gem Theatre, is KCDF’s most adventurous presentation to date. Instead of the mix of repertoire tidbits and new works that marked earlier seasons, this season’s consists entirely of fresh material, most created specifically for the Festival.

Among the choreographers this year are Chicago-based Stephanie Martinez; Robert Colby Damon of the Rock School for Dance faculty in Philadelphia; Cincinnati-based Heather Britt; former KCB dancer (and current KCB II manager) Ryan Jolicoeur-Nye; former KCB dancer Charles Martin; and Owen/Cox Dance founder Jennifer Owen. The 14 dancers have been drawn from KCB and from the companies of Cincinnati, Oklahoma City, Grand Rapids and Dayton. The week begins July 14th with a black box performance called “Foreshadows” and will continue with master classes and open rehearsals.

“Over the years, we have morphed,” Logan said. “Now that we’re lean and quick, we’re able to bring in choreographers specifically to create new works on our dancers. That has always been our dream, to give Kansas Citians something new and fresh to witness and be a part of. … We want these new works to be built in Kansas City, because we think that our city as a whole has a lot to say artistically.”

The Festival also continues to focus on promising newcomers, Logan said, “up-and-coming voices, so that Kansas City can see them before they were big or famous.”

The move to the Gem Theatre was partly a strategic one, too, the directors added: The venue is just about the right size for dance events, and anything that can help energize the 18th and Vine District is a good thing. “People need to start performing over there more,” Anthony said. “Things are starting to build up over there, so why not bring more art to it? It’s a no-brainer.”)

The shift to new works has been a conscious process, Anthony said. “When we first began, we were looking at having just a ‘buffet’ of dance.” But after a few years of sitting in their “artistic chairs” the founders discovered what their focus should be. “All of a sudden, we could see what our vision really is,” Anthony said. “To present what’s happening now in dance.”

As the community got behind KCDF over the years, the budget grew and commission money began to flow, the directors said. (There is no clear-cut division of labor: Anthony, Logan, Co-Artistic Director Cervilio Amador and General Manager Jill Marlow Krutzkamp all pitch in on artistic, fundraising and managerial duties.) “We have a pretty strong base of foundation support that we’ve been working with every year,” Logan said. “And (the Festival) grows every year, especially through small donations. What we’ve found is that people really do yearn to watch good dance through the summer months, and that this really pushes their interest.” 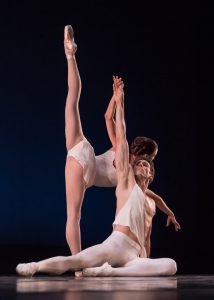 Initially Anthony and Logan found that fundraising didn’t come as naturally to them as they’d hoped. “We have definitely gotten over our initial shyness about asking for money,” Anthony, a Kentucky native, said with a laugh. Indeed, this is one of the challenges that many dancers face as they are spurred, fairly early in life, to think about their second career, “life after dance” as it were.

“When you transfer from being a dancer, there’s a passion that comes from being involved with the arts,” said Tennessee-born Logan, who is without doubt one of the most exciting dancers Kansas City has ever seen. (Recently Dance Magazine named him its Best Performer of 2016, with editor Wendy Perron calling him “a magnetic presence at Kansas City Ballet.”) “But your knowledge of the arts keeps growing.”

Anthony went so far as to say that launching this Festival helped him land the job he has today, as it taught him many of the skills a company looks for in an executive director. “I wouldn’t have this job if not for the Festival. The reality is that the Festival’s taught us so much: I wouldn’t be sitting here with my suit on right now if we hadn’t started this in 2013.”

To be sure, KCDF has taken artistic risks, but so far they have paid off handsomely both in financial and in artistic growth: The KC Dance Festival is now a known force around the United States. This year’s program features a number of nationally known choreographers and dancers. 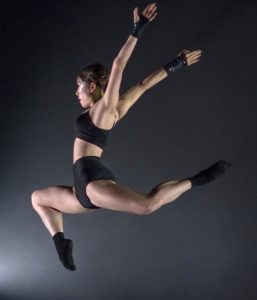 “We knew that what we were creating was something special,” said Logan, who danced alongside both Anthony and Jill at KCB for several years. “I remember sitting down with Anthony and saying, ‘Why can’t we do this exceptional performance for dancers and audiences during the summer, and keep it going?’ It’s become our passion … creating new work for the summertime.

But the final challenge, Logan added, is letting go each year. “That’s the hardest part for me, is moving on from the performances and gearing up for next season. … It’s a new and fresh experience each year, and saying goodbye is hard to do. … Letting them spread their wings and fly away.”

For more information go to www.kcdancefestival.com.

All photos by Philip Koenig except where noted, used courtesy of KC Dance Festival.