Part of the fun of watching William Inge’s Picnic just a stone’s throw from its setting, the small-town Kansas milieu in which the playwright was raised, is that its characters and themes seem so familiar. “Alan’s not like most boys, he doesn’t wanta do anything he’d be sorry for,” says Madge of her “safe” choice for a beau, the bookish, successful, classical-music-listening nerd with the pants hiked high like Steve Urkel and the nasal voice like Ned the insurance salesman in Groundhog Day. And Midwesterners all nod and say yes, we know Alan – and we know the beautiful Madge too, and her stalwart mom Flo, and her tomboy sister Millie. They’re all around us. We even know Hal the slick bad-boy, so popular in school but later perhaps a twice-divorced alcoholic who sells cars and is behind on his child support.

It’s not just a Midwestern thing, of course: Everyone knows these archetypes. But here they have a sort of Kansas ring to them, and as the world celebrates the centennial of Inge’s birth this year these razor-sharp insights into post-war American life, penned three generations ago, seem as pertinent as ever. 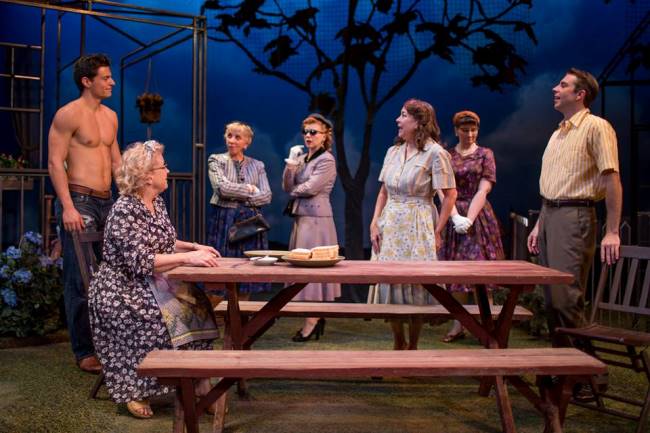 Picnic is a shrewdly crafted play, with a gently humorous first act, a second act that builds tensions like storm clouds on the prairie horizon, and final act of raw, heart-rending pain. The Kansas City Actors Theatre’s production of the 60-year-old classic, which opened at the H&R Block City Stage August 10th, etches its themes with remarkable clarity and poise, thanks to some deeply considered performances and what one might describe as Midwestern stealth in the direction (by Mark Robbins). The play, which won Inge a Pulitzer Prize, trades not on explosive outbursts but on a calm and decorous mood befitting its setting – Kansas in the early 1950s – beneath which all sorts of unruly emotions seethe.

At the center of this mild-mannered maelstrom is Melinda McCrary, whose Flo Owens seems to grow out of the earth like some mother-spirit. At first her speech seems almost too “classical” for a Kansas mom, but as the drama unfolds she draws you in as the most centered person onstage; quite often the action revolves around her stillness. Later, by Act 3, we realize she is perhaps not all that centered, as she’s been through the very torment her beautiful teenage daughter is experiencing – and knows there’s nothing she can do to stop it. Emily Peterson is demure and sweet-spirited as Madge, which she plays with a mixture of confidence and vulnerability that one might expect of an 18-year-old. “What good is it to be pretty?” she asks in Act 1, in one of the play’s two essential scenes between mother and daughter, performed with riveting focus by the two women. In their scene together in Act 3, Emily’s questions take on a darker tone: “What can you do with the love you feel?” she asks. “Where is there you can take it?” Her mother’s quiet answer is like a thunderclap. It’s one of those scenes that always gets you “right there,” and the sniffles around me suggested just how powerfully played it was.

Alisa Lynn was delightful as the smart, energetic little sister Millie, not overplaying the tomboy at the beginning and looking fetching, in a “cute” way, when she decks out for the picnic. (Despite the play’s title, we never actually see the picnic in question.) Kathleen Warfel holds her own as the matronly Helen Potts, dressed whimsically in ’50s country cornball. (The well-conceived costumes are by Tyler Wilson.) Jen Mays grabs our attention as flamboyant, over-the-top schoolteacher Rosemary, trying to escape “spinster’s row” by convincing the set-in-his-ways Howard Bevans (David Fritts) to marry her.

Chris Roady plays a comical but knowing Alan, toning down the nerdiness in the more serious later scenes, where we see that he’s tougher and wiser than we thought. Kathleen Kane and Mackenzie Goodwin as schoolteachers and J.T. Nagle as Bomber fill out the cast with nicely balanced performances. The attractive scenic design, with the Owens’ skeletal, transparent house stage right, serves the action well. The low-key Act 2 dance scene, savvily choreographed by Lisa Thorn-Vinzant, neatly integrates dance into the scene so as to allow the action to unfold with ever-increasing energy.

Picnic rides to some extent on the shoulders of the actor playing Hal, who must manifest toughness and sexual charisma but ultimately reveal a measure of mental anguish and even self-hatred within. Phillip Shinn’s tight body and six-pack abs (and his penetrating eyes) lend verisimilitude to the part: It’s easy to see why all the females, and perhaps Alan as well, are smitten by him. But Phillip has the maturity to make Hal into more than a glorified Fonz, peeling off the layers of bravado to show the tortured soul – scarred by a disastrous upbringing – that none of his womanizing can assuage. Perhaps Madge is the answer to his pain, perhaps he to hers. We can only hope. Hey, sometimes love conquers all, doesn’t it?

To reach the author send email to phorsley@sbcglobal.net or find him on Facebook (paul.horsley.501).

If you wish to gain a well-rounded view of American dance during the last century, look no further than the list of works presented through the years by the Wylliams/Henry…

LIVING, BREATHING DANCE: Company remains firm in its resolve to use live musicians

If you want to know the strength of an organization’s guiding principles, observe how it acts during times of crisis. Kansas City Ballet believes that live music is as essential… 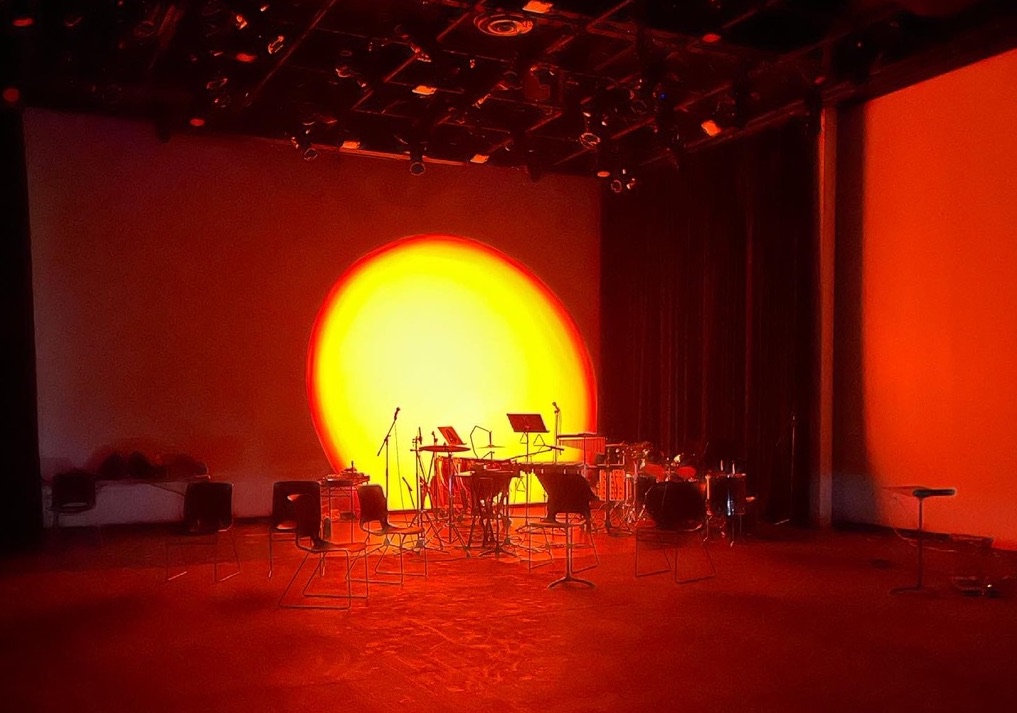 You might at first wonder what artist-poet-filmmaker Michèle Saint-Michel has in common with singer-songwriter AJ Harbison or UMKC Conservatory doctoral student Yunfei Li. All are among the six Kansas City…

HEART OF THE COUNTRY: Local creators strive to make Kansas City a hub for film and television

When David Dastmalchian returned to Kansas City after a 20-year absence, to appear in the independent film he wrote, All Creatures Here Below, it was not just a homecoming. It…