My Name is Asher Lev became a classic work of American fiction virtually from the day it came out in 1972, and Aaron Posner’s theatrical adaptation of it is every bit as potent. I can remember reading Chaim Potok’s novel as a Baptist kid in Kansas and feeling that, for all the distance between Wichita and Crown Heights, Brooklyn, I could immediately relate to the story’s conflict between strict religious tradition – with its sense of community and unwavering belief – and the inexorable force of individual identity and creativity. Of course Asher has it particularly bad in this tale, as his muse leads him not only into areas that are rejected by his 1950s Hasidic community (drawing and painting, for starters) but also into ever-more controversial subjects (nude women, Jesus, crucifixions). This conflict is only heightened by Asher’s increasingly brilliant successes in New York’s cynical, secular art world.

In recent years Kansas City’s treasure-trove of local actors has had ample opportunity to demonstrate the depth and breadth of theatrical talent in Our Town. But while several recent mega-productions have populated the stage with just about every great actor in town, the Unicorn Theatre’s production of My Name is Asher Lev focuses on the gifts of just three: Mark Robbins, Manon Halliburton, and – especially, in this case – Doogin Brown in the title role. The production’s success has been so resounding that it has been extended through May 19th, and if you haven’t seen it, run don’t walk.

This must surely be a crowning role for young Doogin, and he is magnificent. Toward the beginning of the play, which moves effortlessly back and forth through time, he is 12, a child yearning to be a man. Such quick transitions from Asher’s ongoing narration to real action, sometimes with only a split-second between, could be annoying if not handled deftly. But director Cynthia Levin’s razor-sharp, ever-steady direction makes them so smooth and unobtrusive they seem utterly natural. And Doogin’s innate stage presence allows him to bring off the quickest transitions without ever pushing too hard.

Asher at 12 is a prodigy at making sketches – of his mother and father, his uncle, the rebbe – which neither of his parents understands. Flashback to age 6, and precocious Doogin is on the floor sketching, conveying childlikeness with subtle jerky movements – sudden head-turns, neck-craning, searching looks with those incredibly expressive eyes of his. With equal aplomb he conveys the brash young man cutting ties with tradition as well as the quieter, more studied adult Asher dealing with pain and loss.

Mark and Manon play Asher’s parents, Aryeh and Rivkeh, but they also portray a host of other roles. (The simple, characteristic but not overplayed Hasidic garb is designed by Arwen Thomas.) Manon as the longsuffering wife and mother also plays Anna Schaeffer, the urbane gallery owner whose interest in Asher’s work helps him gain entrée into the art world; Manon is so stylishly transformed that you hardly recognize it’s the same actress. Mark as Asher’s father is an activist who travels the world helping to build yeshivas and shore up Jewish communities ravaged by war and the devastation of Stalinism. Mark also plays the rebbe with his enormous beard, a character that the child Asher first sketches as “a creature” before he realizes what a wise and humane person he is. (It is the rebbe who acknowledges Asher’s genius and arranges for him to be taken under the tutelage of a famous painter, Jacob Kahn, despite the fact Kahn a non-observant Jew.) Mark seems most “himself” as Kahn, who sees Asher’s talent but is charged with helping him shed his provincialism to reveal the genius within. “This is a religion called painting,” Kahn says. “If you want to make the world holy, stay in Brooklyn.” 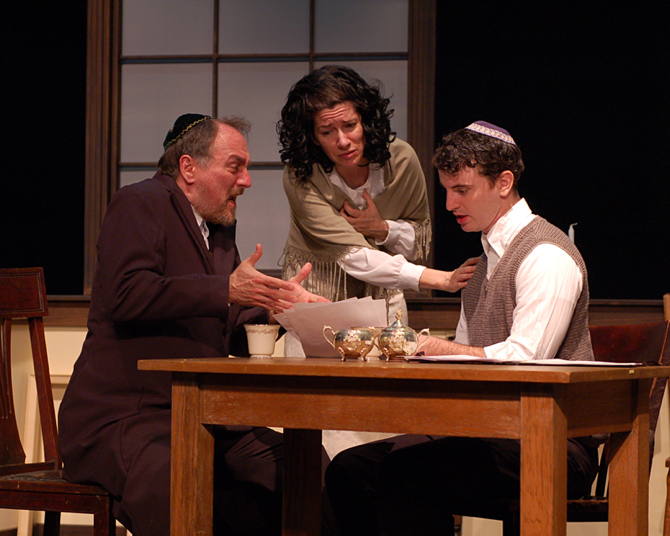 Mark also plays Asher’s fun-loving uncle Yaakov, Rivkeh’s favorite brother, shedding Aryeh’s tough exterior to create the playful, generous uncle. It is Yaakov’s death in a car crash when Asher is 6 that begins Rivkeh’s unwinding, and as tension between father and son grows she finds herself always in the anguished center of the conflict. It is this dynamic that leads Asher to paint two masterpieces that, while they send the art world atwitter are so personal that they cause Asher’s parents to storm angrily from the glamorous gallery opening. The seeds of reconciliation are surprising, and though the drama’s conclusion is satisfying it is not “tidy,” it does not gloss over the family’s eternal tension and pain.

The scenic design by Gary Mosby is spare and clean: a Brooklyn kitchen that becomes a glittering Manhattan gallery and then a kitchen again. Cynthia Levin’s direction is natural and intuitive, filled with meticulous complexity but never appearing so. She lets her actors do what they do best, and the chemistry between the three is palpable: So convincing are they as a family that one almost imagines that in real life Mark and Manon may well hold paternal feelings toward Doogin. In any event this is one play you shouldn’t miss, and I predict it will be on everyone’s Top 10 Events of the Season.

Because of popular demand the Unicorn has extended My Name is Asher Lev through May 19th, and tickets are still available. Call the box office at 816-531-7529 or go to unicorntheatre.org. 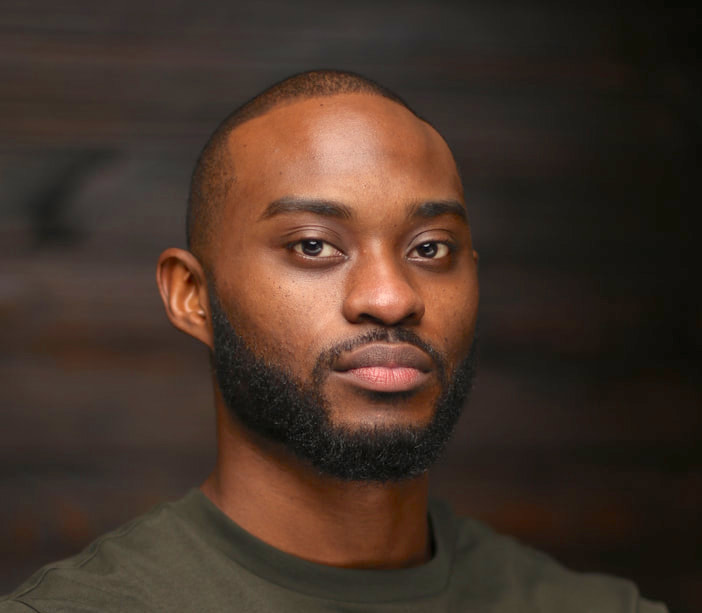