Henry Wash started off in life with the odds against him. Malnourished and abandoned as an infant, he lived in a foster home and was finally adopted at age seven. Henry also had difficulties in school until a man named Thurman Mitchell mentored him, giving him tools for academic success. After Thurman died, Henry felt at a loss. Said Henry: “Thurman had given me so much, and he didn’t get to see me do much with it. I didn’t want to make that mistake again.” 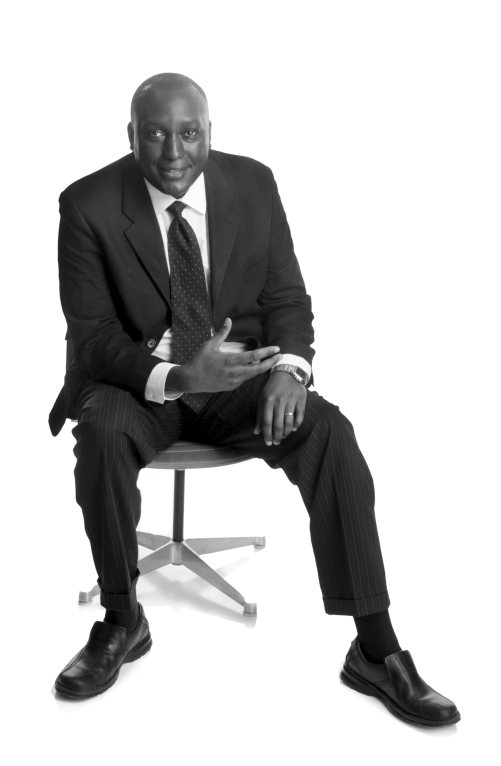 Henry suffered yet another setback when he attempted to go to community college but was short of money. He finally made it through Penn Valley Community College with the help of the Henry W. Bloch Scholars program. He then received a degree in sociology and minored in black studies at the University of Missouri – Kansas City in 2003. In addition, he founded High Aspirations in 2004, a program that works with at-risk African American males ages eight to 18, serving their social, emotional, academic, and spiritual needs.

He has used the mentoring model provided by Henry Bloch who has become his confidant and his friend. A volunteer is assigned to every young man in the program, meeting regularly on Saturdays. They focus on leadership, entrepreneurship development, pre-collegiate studies, community service, and chess club at no cost to families. In 2006, Henry also obtained a master’s degree in public administration and urban affairs from UMKC.

Henry’s positive career path has enabled him to serve many roles in Our Town. He has volunteered more than 2,000 hours with the Americorps Jumpstart Kansas City Program. He has worked with children and teens through the National Center for Fathering, the Division of Youth Services and the United Service Community Action Agency, serving as a life coach and youth specialist, helping them with family issues, school and jobs.

Finally, with Henry Bloch’s encouragement and help, Henry received non-profit status for High Aspirations, enabling him to expand the organization as its founder and executive director. This year, there are 69 participants and 11 mentors, and Henry plans for the number of youths to increase to 105. One hundred percent of the young men involved have graduated from high school and are now in college, trade schools or the army. “High Aspirations allows me to give back. I can’t believe I get paid to do what I love,” said Henry. In 2014, the City of Kansas City, Missouri, gave the Civil Rights Award to High Aspirations. Henry was also selected to be a board member for Caring for Kids and SupportKC.

Henry is honored to be a part of the 2015 Class of Rising Stars. “I am committed to our community to help solve the issues at hand, but we need more volunteers and tutors to be truly effective. Being a Rising Star will give me visibility and help me accomplish what I want to do. It also inspires me to want to do more. The greatest pleasure in life is the saying, ‘We did it!'”

Also featured in the April 18, 2015 issue of The Independent
Photo Credit: Tom Styrkowicz