Extraordinary musical talent often emerges from a perfect storm of natural gifts, enthusiasm, and exceptional early instruction. When Josh Jones arrived at the Chicago Symphony’s Percussion Scholarship Program at age nine, he already possessed a set of skills that challenged the whole nature-versus-nurture conundrum. Granted, he had been hitting on things since at least age three, converting clothes hangers and spoons, pots and pans into percussion instruments.

But Josh also noticed, when he began formal music instruction, that drumming emanated from him with an ease that he can hardly explain. “It just felt as natural as walking,” said the 29-year-old native of Chicago’s south side. “You’re so enamored by it that you just want to have more of it, discover more about it, be surrounded by it. It’s like falling in love.” 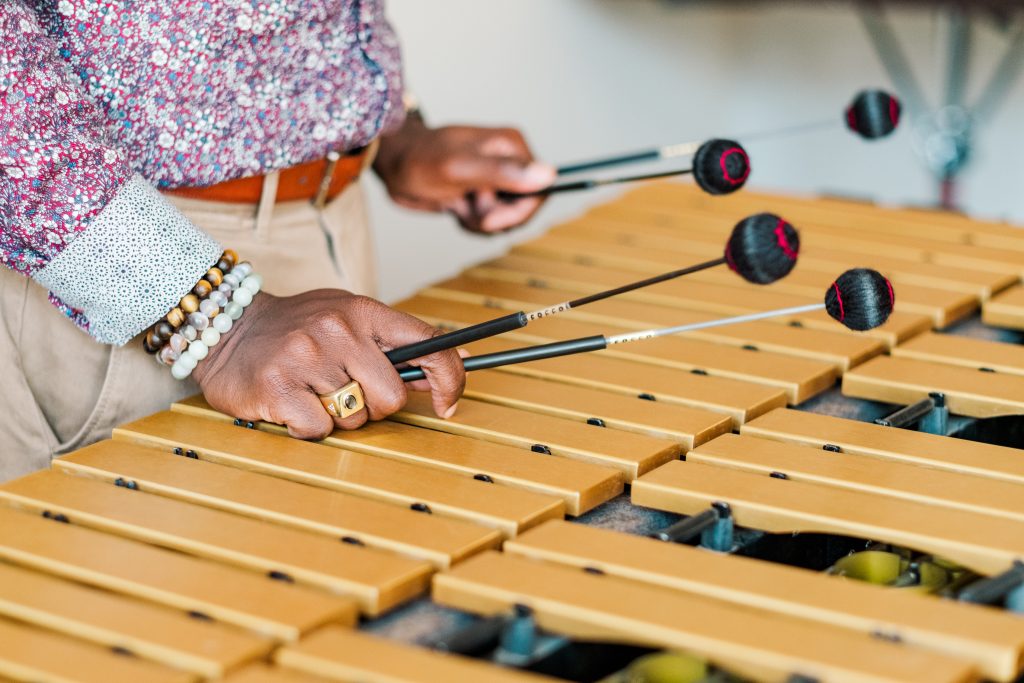 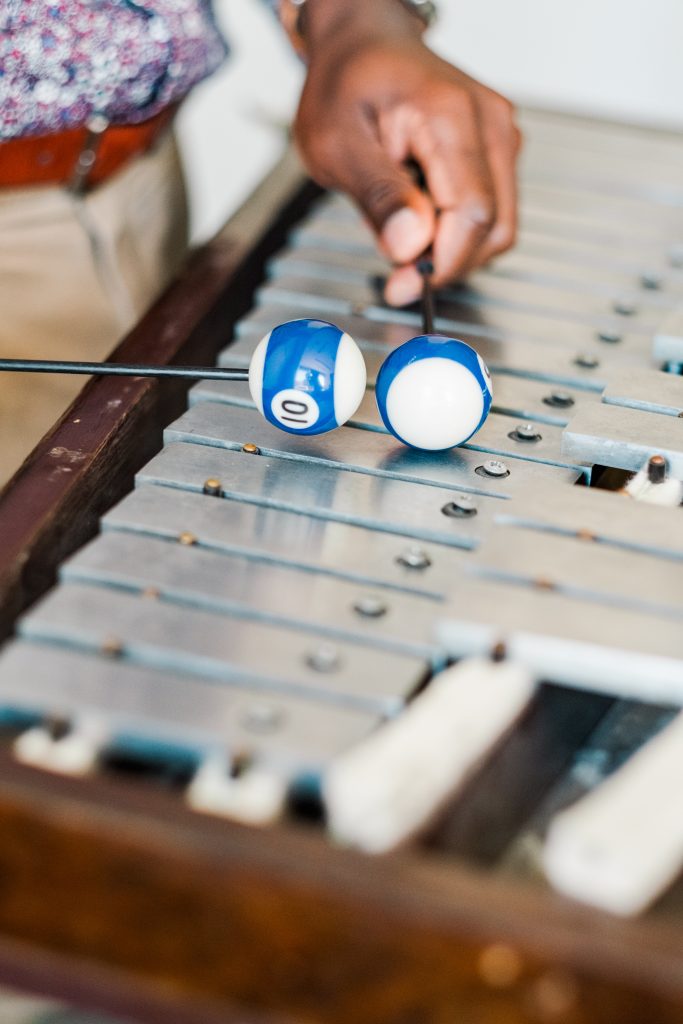 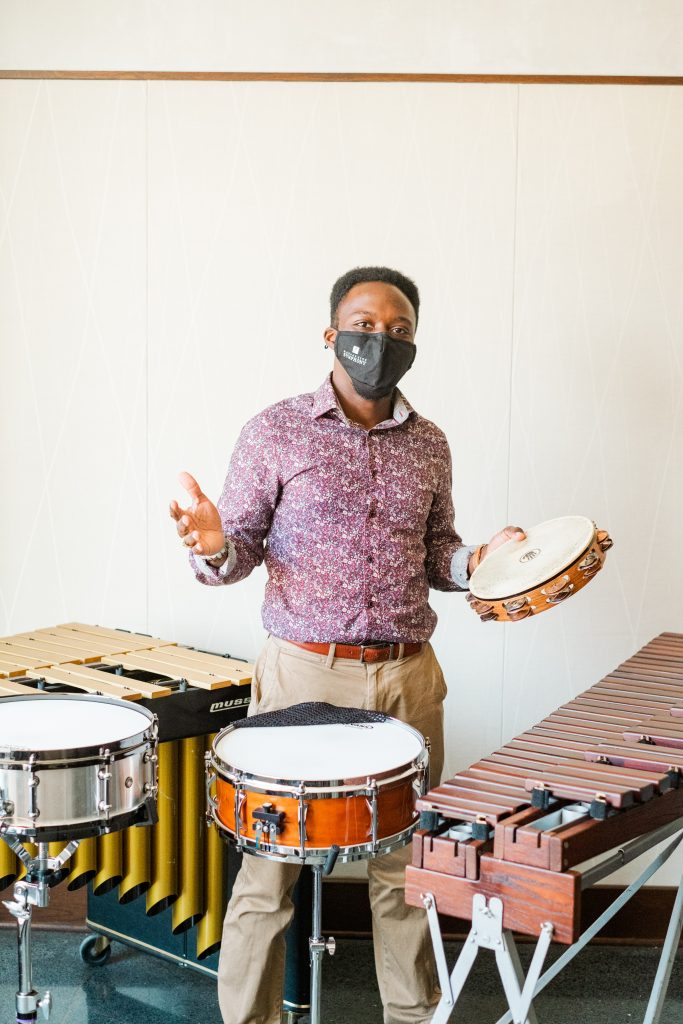 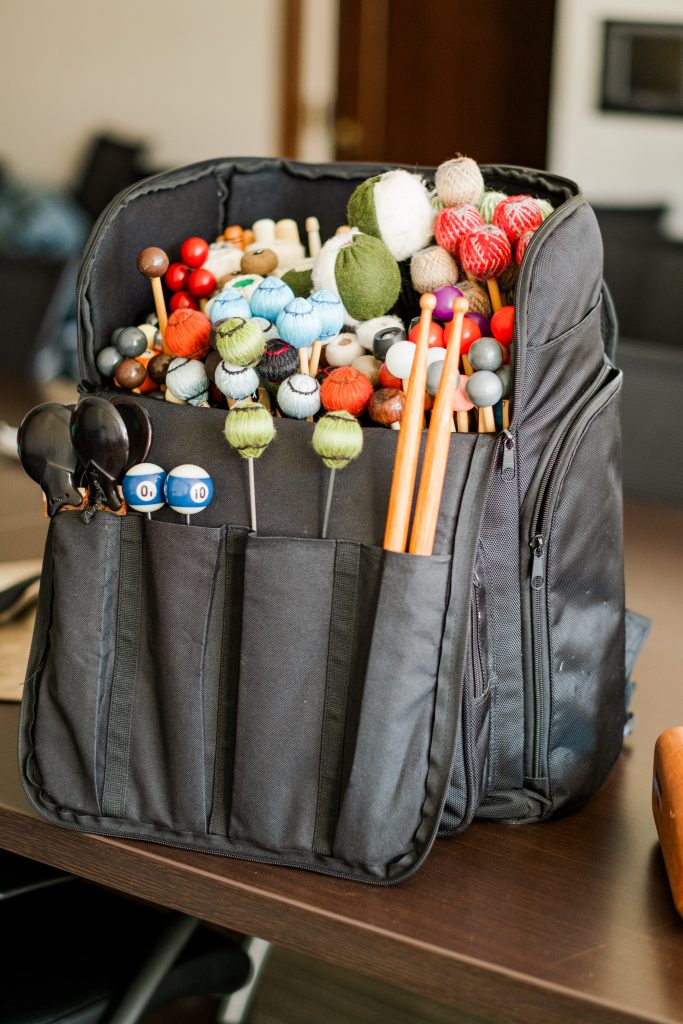 Chicago Symphony Percussionist Patricia Dash remembers Josh as one of the singularly gifted of the hundreds of students she has taught. Since 1995, Patricia has run the program for kids nine to 17 that she and her husband (Lyric Opera of Chicago Percussionist Douglas Waddell) established under the Chicago Symphony’s auspices. As part of the entrance process, they do a call-and-response on drum pads with each fourth grader, making the patterns more and more complicated until the student messes up and they all break out laughing. “With Josh, I just couldn’t stump him,” Patricia said. “He ripped it all off with ease. He aced it without hesitation.”

In early March of this year, Josh was one of nearly 50 top musicians from around the nation who gathered here to audition for a most coveted job: that of Principal Percussionist of the Kansas City Symphony. From among that throng, the committee chose 18 semifinalists, then a handful of finalists. Among the latter was Josh, who spent the previous two years as Principal Percussionist of the Calgary Philharmonic Orchestra in Canada (where he had also undergone major cancer surgery and an extensive recovery) but wanted this job badly.

By 7 p.m. on March 10th, hours before COVID-19 locked down the nation, the committee summoned Josh to congratulate him on his win. The exhausted young man burst into tears.

“I don’t really know what people hear from me when I play,” said Josh, whose contract with the Symphony began this fall, as we sat recently (well-masked) in the Symphony offices downtown. “So it’s nice to hear them say, Oh, this sounded good.”

More than just “good,” as members of the panel said. More like, amazing. “As we listened to Josh’s final audition round, it was clear to all of us on the committee that we were listening to more than just a superb instrumentalist,” said Michael Stern, who as music director since 2006 has helped appoint about half of the Symphony’s current roster. “With each successive excerpt, Josh’s artistry was immediately apparent.”

Josh was eager to play Bach on the marimba, a specialty of his, and the sort of thing that is normally called for only in advanced rounds of an audition. “I’m always thinking: Come on, just let me play Bach and I’ve got you,” Josh said with a laugh. As we spoke, he demonstrated several of the instruments he’ll be called upon to play when the Symphony starts up again next year, and one got a sense of the monumental task that stands before him. At one point he broke into a marimba version of the Fuga from Bach’s G-minor Violin Sonata, and the air in the room seemed to shift imperceptibly.

A principal percussionist is called upon to master so many instruments that it seems almost unreal. Just learning to play snare drum in the hundreds of ways a composer might call for requires thousands of hours of practice. Add to that marimba, xylophone, vibraphone, glockenspiel, bass drum, cymbals, tambourine, triangle, chimes, trap set, tam-tam, sleigh bells, and a host of other items both common and exotic. “There are literally hundreds of instruments,” Patricia said. “It’s hard to give you a number, because there really isn’t one. If a composer wants something struck, then we have to go get it.”

The long, winding road to Kansas City has taken Josh all over America. At age 16 he appeared on The Today Show and on PBS’s From the Top at Carnegie Hall, and he was being offered scholarships from top schools around the country. By the time he entered DePaul University’s School of Music, where he studied with Eric Millstein and Michael Green, he was already becoming a well-known percussion phenomenon. (DePaul was also where he met Sara Neilson, the double bassist whom he would marry shortly after moving to Kansas City.) 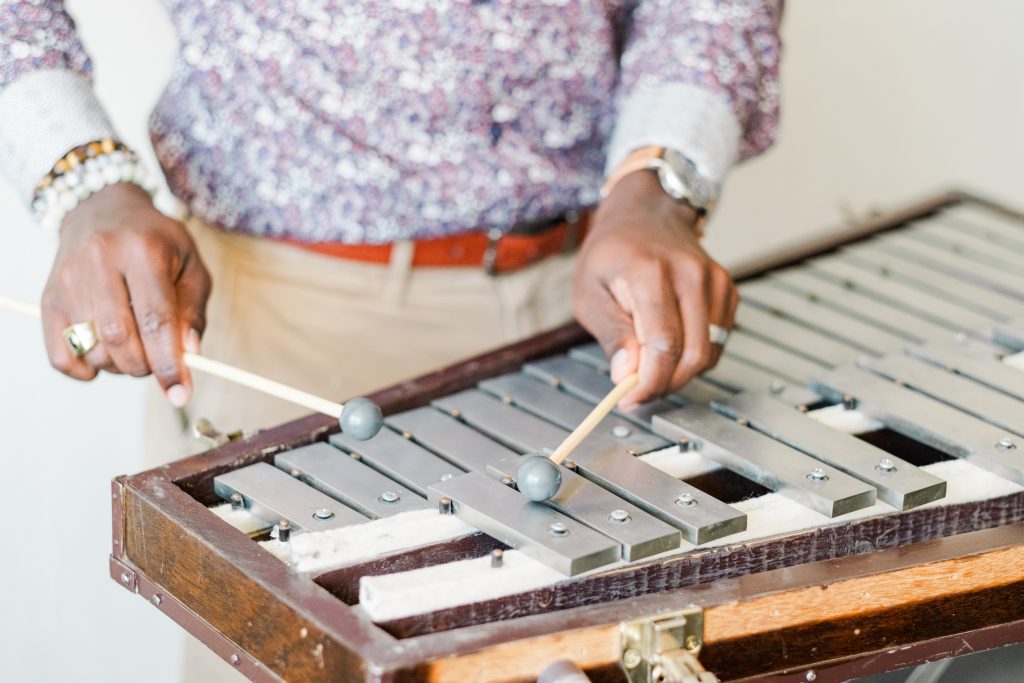 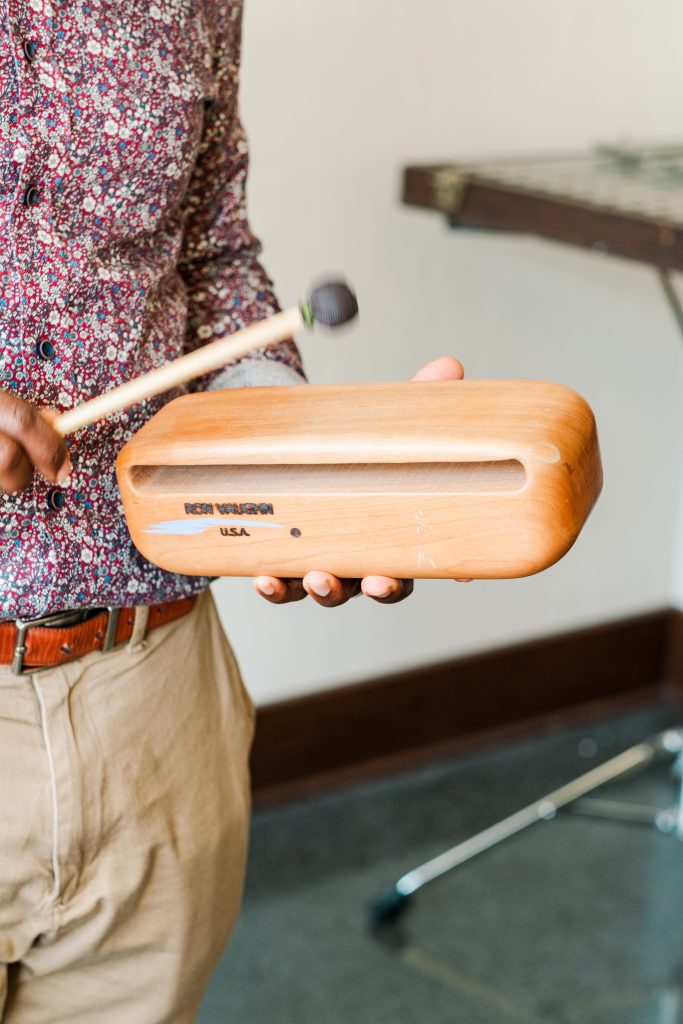 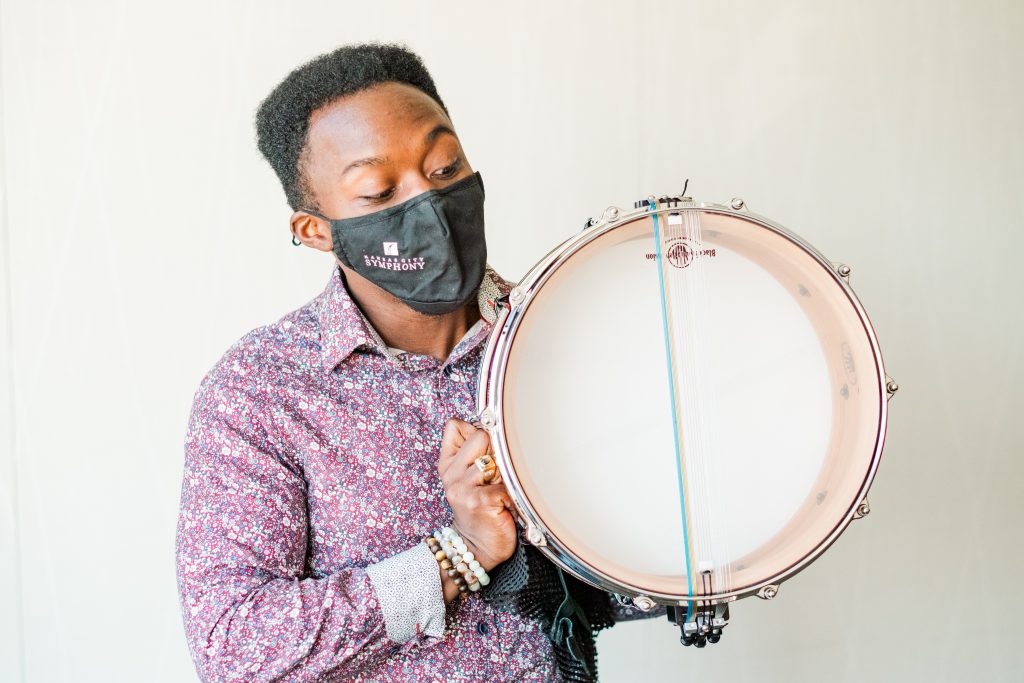 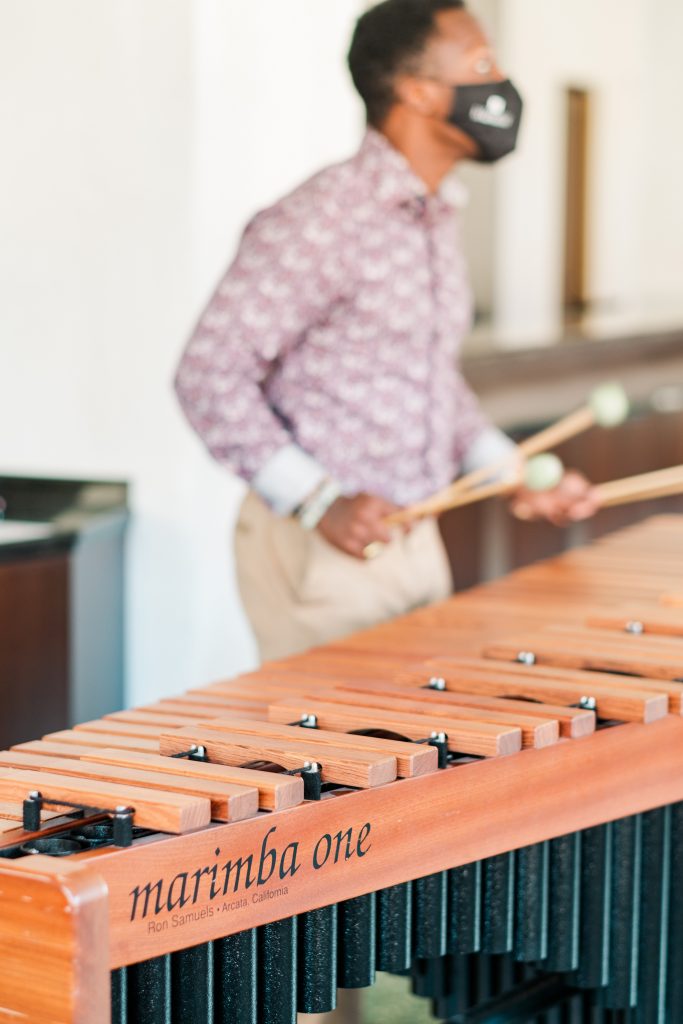 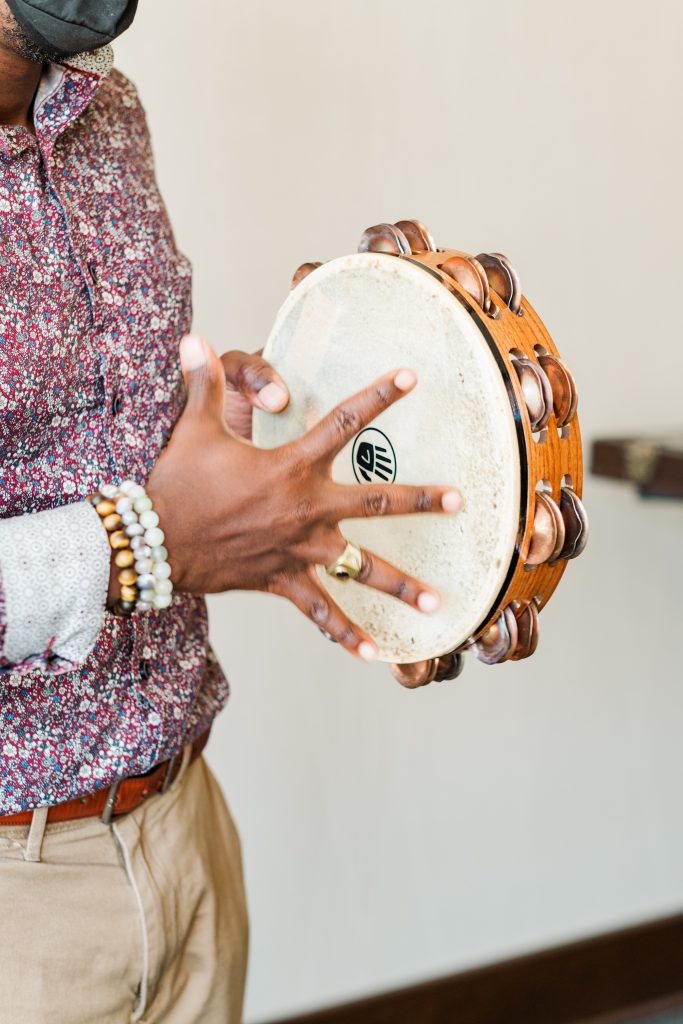 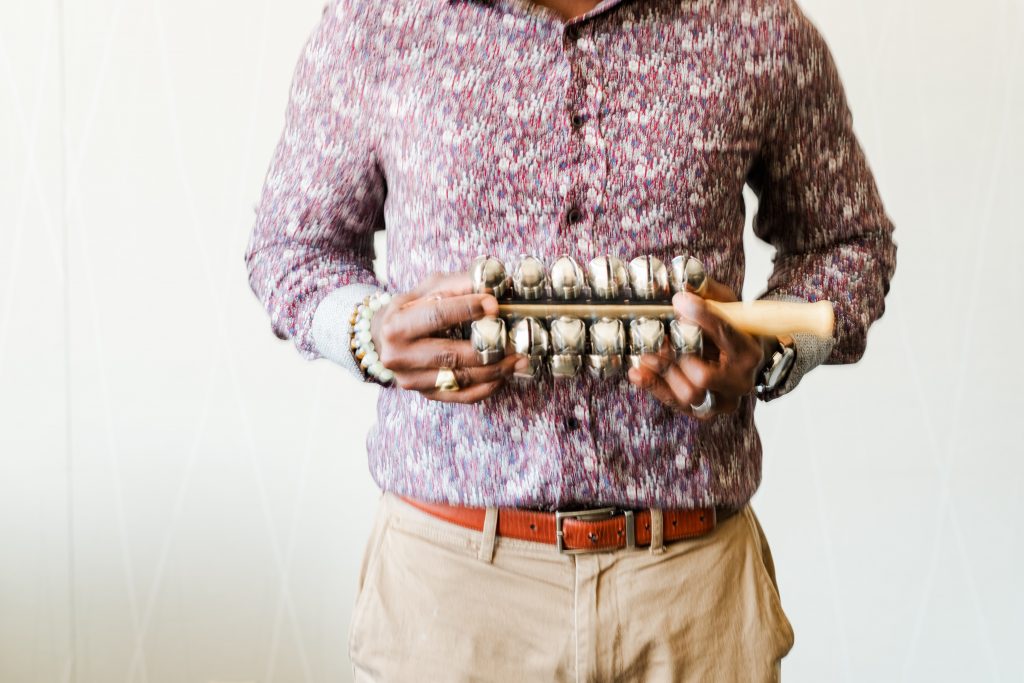 “He is a unique talent,” Patricia said. “He has more skill than almost anyone else I know.” Josh subsequently landed internships to play with the Detroit and Pittsburgh symphonies, and he studied briefly with the Cleveland Orchestra’s renowned Principal Percussionist Marc Damoulakis.

It’s not insignificant to note that Josh is one of a tiny number of Black musicians in a profession that has been overwhelming white since the inception of the symphony orchestra. This hasn’t necessarily been the result of open discrimination against people of color, at least not in recent years: During the 1970s and ’80s, in fact, American orchestras adopted the practice of “blind auditions,” in which candidates play behind a screen so that their performance is evaluated on merit and not on identity, gender, or race. An initial effect of this was that women, already well-represented in music schools and conservatoires, were finally able to make substantial headway into orchestras that had been almost entirely male for centuries.

Thus the Kansas City audition committee theoretically  had no idea who was playing behind that screen when Josh auditioned. Nevertheless, he has experienced his share of discrimination, which he said he uses to fuel a motivation to be his best at all times. At one festival he recalls overhearing someone declare that he been admitted “to fill out their diversity quota.”

Even today he finds people underestimate his abilities, which he said “is definitely a motivating factor to prove that I know my worth.” Josh also makes heavy use of Instagram and other social media “because I wanted people to see a Black guy playing orchestral music and not being elitist about it.” For despite the orchestra’s roots, music itself has no color: “It’s just beautiful sound,” he said.

Given that orchestra auditions are blind, the process of diversifying the orchestra is going to require a substantial expansion of the training apparatus nationwide: backtracking all the way to the earliest phases of preparation. Josh might well have been one of the lucky few who “happened upon” the Chicago program in grade school, but why can’t every city have such an aggressive program?

“It’s about access,” said Patricia, who taught percussion at Northwestern University before noticing that it was the younger students who most needed the skills she offered. “You need to get an instrument in kids’ hands when they’re five or six. … You can’t just say, Okay I’m 17: Let’s see, should I go for business, or the violin? You have to start early. The opportunities have to be there, and it’s expensive.” (What Patricia and Douglas had stumbled upon was the formula that would later take shape as El Sistema, a now-global phenomenon is considered the ideal format for bringing music into young peoples’ lives.)

Josh is a prime example, Patricia added, of a gifted child who was encouraged already in the fourth grade to achieve excellence, despite an upbringing in one of Chicago’s roughest, most impoverished neighborhoods. Nearby gunshots often accompanied Josh’s youthful drumming, so his parents mostly kept him and his sister indoors. “We couldn’t afford to let them go out,” said Kimberly Jones in a 2016 documentary Uncharted: Power of Dreams. “We just couldn’t risk it. And everything that we did, we kind of created the space around them.”

Initially Josh practiced drumming on everything he could find, until he discovered the Percussion Scholarship Program and found that it clicked. “I did see special promise in him from the very beginning,” Patricia said. Thanks to funding from the Chicago Symphony, about 20 of the more advanced students in the Scholarship Program actually get a “loaner” marimba in their homes to practice on. As with almost everything in the field of early education, it boils down to funding.

“If everybody who wanted to take lessons on an instrument could,” Patricia said, “then we’d see a very different picture.”

That’s one of the reasons Josh has devoted a substantial part of his career to helping young people, through Zoom lessons and YouTube videos containing extensive educational materials. He’s also the author of two teaching books, with a third on the way. “Blind auditions are great,” Josh said. “We just need more Black people, or people of color, to audition. How do we do that? We’ve got to get them prepared. How do we do that? We give them resources.”

For more about Josh’s day-to-day activities find him on the web at drummojo.com and on Instagram at @joshjonesdrums. For upcoming Kansas City Symphony activities, see kcsymphony.org.  To reach Paul Horsley, performing arts editor; send an email to paul@kcindependent.com or find him on Facebook (paul.horsley.501) or Twitter (@phorsleycritic).