SLEEPERS, AWAKE: New composition shows parallels between our yearning for unity and music’s need for inclusiveness

As our nation struggles with issues of inclusion and racial equity, performing-arts organizations also find themselves reexamining their own core values, to ensure that their activities reflect a changing America. One institution that has struggled most fervently toward change is the symphony orchestra, which has long been perceived as a bastion of European culture. It hasn’t helped that Black and Latinx representation in orchestras remains tiny, and that the amount of music by non-white composers on most orchestras’ series is negligible.

That is, until recently. In June 2020, the League of American Orchestras took stock of this concern, delivering a vigorous statement on its own racially biased past and its plans for change. “The impacts of our actions have included the loss of valuable musical and other creative contributions by generations of Black people,” read the League’s Statement on Racial Discrimination. “We choose to move fully and without delay toward absolute diversity and equity within our field, and henceforth to respect the value and boundless creative capacity of every human being.”

One of the most engaging outcomes of the League’s pledge has been a push toward commissioning new works by BIPOC composers (Black, Indigenous, and People of Color), as a means of enlivening and enriching the European music that has long constituted the core of the orchestral canon.

This January 28th to 30th, the Kansas City Symphony and Music Director Michael Stern will present a new work by one of the brightest stars on our musical firmament, Joel Thompson: a co-commission led by the Colorado Music Festival, which presented its premiere this past August under the baton of Peter Oundjian.

To Awaken the Sleeper uses texts by James Baldwin, which are spoken rather than sung, to express both frustration and cautious hope about America’s future. The great Black essayist and novelist, who died in 1987, lived a mercurial existence here and in Europe, befriended most of the social activists of his day, and along the way penned some of the most eloquent, joyful, and at times audaciously challenging prose in the history of the English language.

“His work takes place across this spectrum between these two poles” of pessimism and optimism, said Joel, who has studied composition with Stephen Hartke and Christopher Theofanidis and is pursuing a doctor of musical arts degree at Yale School of Music. “Even though the deaths of his friends and fellow activists affected him, and he got a little more jaded toward the end of his career, I still feel that kernel of hope is present in the subsequent writings and speeches.”

The finale of Joel’s score does indeed offer hope: “We are living in a world in which everybody and everything is interdependent,” read Baldwin’s words. “It is not white, this world. It is not Black either. The future of this world depends on everyone in this room.”

Setting Baldwin as spoken text presented difficult choices for a composer to whom writing beautiful melodies is second nature. “Bringing Baldwin’s work to life… required that it stand out from the orchestral texture,” Joel said, “somewhat removed, in sort of stark relief with the musical happenings.” Moreover, he added, “Baldwin’s voice has its own musicality and its own rhythms.”

Baldwin’s words could almost be taken as a call to action for orchestras, whose “canon” has plenty of room for fresh voices. “Taking a risk on repertoire can actually extend who your audience is,” Joel said. “And it comes down to that big-picture goal of reflecting the diversity and the beauty and breadth of your community, and having that reflected in the repertoire as well. … The orchestra audience is ready for something new, especially now since we’re in a state of transition. Why not try things out?”

The Kansas City Symphony has, in fact, made a concerted effort to include BIPOC composers and performers on its 2021-2022 season. “We’re uncovering people of huge talent in the composition sphere and in the performance sphere,” said Executive Director Danny Beckley.

On a national level, the Symphony is a founding partner of the National Alliance for Audition Support, which through the Detroit-based Sphinx organization offers mentoring, financial support, and audition preparation for BIPOC musicians, toward diversifying American orchestras.

Locally, the Symphony has also initiated a Mobile Music Box, a “stage on wheels” that spent the last 18 months bringing music to a wide range of neighborhoods. “Our efforts in aspiring for a radical expansion of our audience … need to be driven by more effective and persuasive communication,” Danny said. By popping up in local parks, he added, the Music Box has “opened a lot of opportunities for people to just be aware that we exist.”

New music by composers such as Joel Thompson or Jessie Montgomery (whose Piano Concerto will be performed here in June) is designed not to replace the canon, but to broaden it. “It’s a false choice to say we’re either going to present quality canonical repertoire, or we’re going to present composers of color,” Danny said. “It’s additive.”

Orchestras are also looking to music of past composers. Florence Price’s 1943 tone poem The Oak was an unexpected highlight of the Symphony’s November concerts, for instance. She is a perfect example of a neglected Black composer whose works now seemed destined to join the orchestral repertoire.

Hers was “a unique American voice,” Michael Stern told a reporter in Connecticut recently. “What’s extraordinary to me is that she was able to do it in a climate that put up so many hurdles for her, and that we are so late in recognizing it.” (The Philadelphia Orchestra’s recording of Florence Price: Symphonies Nos. 1 and 3 has been nominated for a 2022 Grammy Award.) 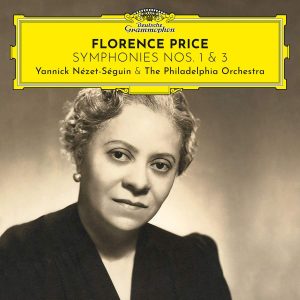 The situation in other musical genres is somewhat different from that of the symphonic world: It begins to feel that opera, solo vocal, and especially choral music, in fact, are progressing more rapidly.

The Metropolitan Opera opened the current season with its first-ever opera by a Black composer, Terence Blanchard’s The Fire Shut Up in My Bones, to great acclaim. BIPOC singers have long been a significant part of the opera world (even while their roles in leadership, management, and production have lagged).

And the choral “canon” has always included substantial portions of music by Black composers. “You really cannot discuss choral music without talking about the Black experience,” said William Baker, founding director of the Festival Singers here and in Atlanta, “because of the central nature of African-American song in American music… including spirituals, jazz, and all the forms that have derived from those.”

Diverse repertoire and representation have always been central to Baker’s organization, which is now expanding its choral activities to Illinois and North Carolina. “Bringing people together is one of the reasons this art form exists,” William said.  Last year the Choral Foundation, the Festival Singers’ parent organization, established a Latinx ensemble called Voces Festivas, under the direction of Kansas-based choral conductor Leilani Velasco.

For orchestras, the process of change has been slower in coming, but it now seems inevitable. After all, any institution that wants to be integral to the city in which it thrives must keep abreast of its community’s needs. And that goes beyond just adding musicians of color to the orchestra (although that must also remain a priority).

“I’m looking at things from a wider lens,” Joel said, “and trying to think what we want an artistic organization to do.” An orchestra is only fully representative when it begins “redefining what excellence embedded in a community is,” he said.

Can an orchestra achieve excellence when it “doesn’t reflect the diversity and beauty of the community that it’s a part of?” he asked. “And can we include that in the mission of an artistic organization: that it’s lifting up of the voices of everyone within the community?”

For Symphony tickets to go kcsymphony.org or call 816-471-0400.
To reach Paul Horsley, performing arts editor; send an email to paul@kcindependent.com or find him on Facebook (paul.horsley.501) or Twitter (@phorsleycritic).

VIEW FROM THE TOP: Kansas City violinist’s career takes a giant leap with three competition victories in a row

It was not preordained that Maria Ioudenitch would become a professional musician. It’s true that her parents, Kansas City-based pianists Tatiana and Stanislav Ioudenitch, saw an innate musicality in her…