Missy Love is serving as The Belles of the American Royal 2016 president. Since she was a BOTAR, class of 1984, she has worked tirelessly for the organization. “I served as corresponding secretary in 1991, vice president of public relations in 1994 and vice president of the BOTAR Ball in 2009,” said Missy. She also was the co-chairman of the decorations and benefactors committees, the American Royal wine auction and the Concert for Champions. 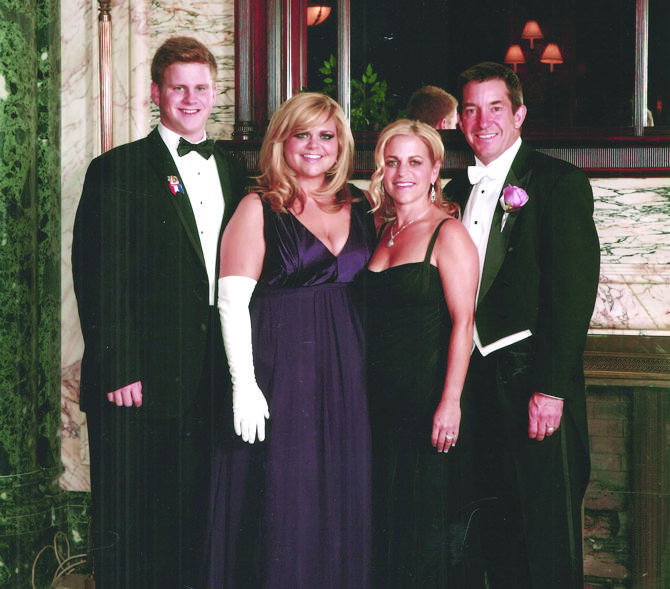 David Smart and Sarah Smart posed with Missy and Bill Love at the the 2009 BOTAR Ball.

Missy is an impressive and accomplished person. She is a graduate of The Pembroke Hill School and The University of Kansas. Missy is president of Alaskan Fur and a partner and the managing director of marketing at BioStar Renewables. She is past president and a board member of the Fur Council of America, and a fellow and past participant with the Helzberg Entrepreneurial Mentoring Program.

She enjoys supporting local charities such as The Nelson-Atkins Museum of Art, the Kansas City Symphony and the Halo Foundation. In addition, Missy loves to travel and hike and ride her tandem bicycle with her husband, Bill Love. “I am a crazy sports fan and love all of our local teams,” said Missy with a laugh.

Missy’s favorite thing about BOTAR is all of the wonderful friendships she has made with people of all ages. “I am honored to be the BOTAR president and feel very strongly about how important our fundraising efforts are for the American Royal. I love that we educate our youth through scholarships as well as promote the importance of agriculture.”

Also featured in the August 20, 2016 issue
By Ann Slegman