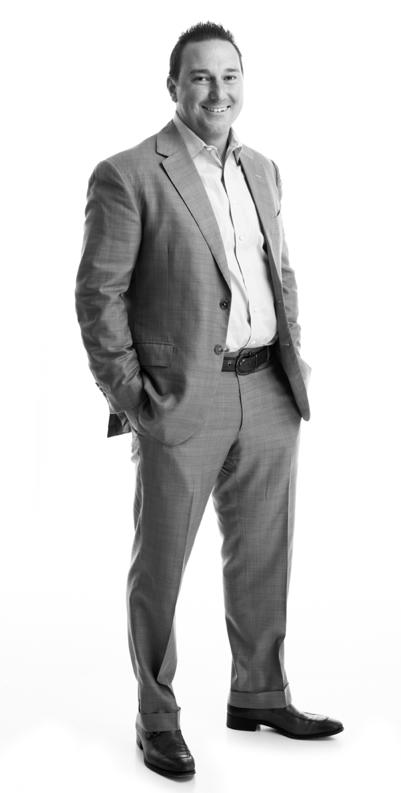 Chuck got involved with the Leukemia & Lymphoma Society after his father was diagnosed with Stage Four Non-Hodgkin’s Lymphoma. Said Chuck: “It was a natural progression to want to help others fighting this disease who were not as blessed as we were. From there, I began to get involved in other charities. I’ve always donated money, but I realized by donating my time I can have a much larger economic impact. I never had a philanthropic mentor. I just set what seemed to be unrealistic fundraising goals and then achieved them.”

Two years ago, Chuck was on the board of a golf tournament for the Tommy Simone Memorial Foundation to raise awareness for autism. Because of Chuck’s work, the Foundation was able to build a sensory playground. Last year, the golf tournament surpassed the amount previously raised by $10,000.

Chuck has been motivated to help other people because he feels blessed and fortunate enough to give back to others and to the community at large. “I have experienced firsthand the impact that these organizations have to families and the people involved. I know that my time and efforts have helped someone else in need.”

He feels that it’s an incredible honor to be a Rising Star. “It’s very rewarding to know that the work that I am doing, along with the work of the other Rising Stars, is getting recognized. Obviously, the work that we all do is to help others, but it definitely validates our efforts and makes us want to give even more when there is an acknowledgment or recognition.”

Also featured in the September 19, 2020 issue of The Independent
Photo credit: Tom Styrkowicz
By Ann Slegman