Chairman of the board of the Columbian Hog and Cattle Powder Company: by 20th century standards, that sounds like a very masculine title. Not even her college classmates could have envisioned it, but animal feed would play a significant part in Helen Houston McDermand Nelson’s life. (There’s an old line, “and brother, that ain’t hay,” which generally means that something is lucrative. That phrase applies here.)

Helen Houston was born on October 14, 1905. She was the daughter of Nora and James Houston. Her father was a grain merchant at the Kansas City Board of Trade. Helen graduated from Smith College.

Helen and Ted’s wedding was held only months after the death of Ted’s sister. Maudie McDermand Fuller (Mrs. Edward Fuller, Jr.) had died in July 1928. More losses were to follow. In April 1929, Ted’s parents and their chauffeur, Andrew Neale, were traveling in Michigan. While driving toward a grade crossing, Andrew apparently did not see a warning light that indicated a train was coming. (According to a witness, a building may have obscured Andrew’s view. There had previously been fatal accidents at that site.) The car collided with the train, and all three died within hours.

Ted’s father left an estate in excess of one million dollars (and perhaps as much as three million dollars, if a 1937 newspaper article is to be believed). The elder Mr. McDermand had left a bequest of $15,000 to a man whose last name was McDermand, but who was unknown to the family. He was revealed to be Ted’s older half-brother, the child of Ted’s father’s first marriage, which had ended in divorce. (Had Ted’s mother known about this? It’s possible.) It shouldn’t surprise anyone that a lawsuit ensued. Ted’s half-brother had accepted the original bequest. He lost the case.

On a happier note, Helen and Ted welcomed the arrival of a son, whom they named Frank Roberts McDermand III. Ted took the helm at the family business. The young McDermands resided at what had been Ted’s parents’ house. Then, right when it must have seemed that life was settling down, Ted died of acute lobar pneumonia in July 1931. He had been ill only a few days. Ted, like his sister, Maudie, died at the age of 29. Four members of the McDermand family had died in three years.

Helen was then just 25 years old. Her son was not yet two. In the midst of her grief, she also had to deal with another lawsuit filed by Ted’s half-brother, who was once again seeking to break her father-in-law’s will. The litigation began in 1933. The case was settled in 1937, with the plaintiff receiving $43,750. Ted’s half-brother would outlive him by nearly 50 years.

People are often counseled not to make big changes soon after the death of a spouse. Helen was wise enough to heed that advice. In August 1935, she married Richard Robinson Nelson in Bar Harbor, Maine. Dick was a widower and an insurance man. His wife, Penelope Hall Smith Nelson, had died in February 1931, leaving him with a young son, Richard Robinson Nelson, Jr. When Penelope died, Dick was a manager with the Western Reciprocal Underwriters Insurance Company; in later years, he would be president of the Nelson General Agency. Kansas Citians took a proprietary interest in the twosome. As the Kansas City Times noted in a front-page article, “The names of the couple were linked about a year ago when a rumor reached Kansas City [that] they had been married in New York.” The Independent concurred, stating, “Dame Rumor has oft reiterated that Richard Nelson would be the lucky man to win Mrs. Helen Houston McDermand, but repeatedly when Town was all expectant and prepared for news of the marriage, it failed to be forthcoming. Therefore local society was not amazed, but was none the less surprised when the tidings were received this week.”

The house at 1036 Westover Road was where Helen and Dick would live. The lot next door was also their property. It was there that Jeff Watson (whose nickname was Sarge) created a garden in the 1930s that he maintained for more than four decades. That garden was a source of great pleasure to the Nelsons and their friends, as well as anyone driving by. Sarge’s wife, Naomi, was Helen and Dick’s cook, and he continued to work for them after her death. In July 1977, the Kansas City Times noted the vast numbers of roses and tiger lilies, along with an array of fruits and vegetables, including corn, beets, cucumbers, and tomatoes. Helen and Dick were quick to give Sarge credit for the garden. They did love the outdoors; they just tended to spend much of their free time on the golf course.

Dick had served in World War I. At first, he didn’t envision himself taking part in World War II. The Kansas City Star later reported that he had told Helen, “Well, this is one war I won’t be in.” That changed. He joined the Army Air Corps. He was an intelligence officer who worked as a liaison to MI9, the British military organization. The goal was to learn as much as possible about ways Allied soldiers had escaped enemy hands and then use that knowledge to help others evade capture.

In furnishing their house, Helen and Dick opted for antiques. Just after the war, when new furniture was scarce, the Kansas City Star reported that people were looking at the Early American wing at The Nelson-Atkins for examples of fine antiques and then going “junking.” In that article, the Star cited the Nelsons’ home, “Their recreation room is furnished like an early American keeping room, and the tap room is a replica of a Williamsburg one.”

Helen was a member of the Westport Garden Club, and the Nelsons often opened their garden to visitors. It was featured on the Wellesley Garden Tour in 1960. At that time, the Star noted:

“Gracefully curved iron railings that once formed the balconies in the historic Tootle Opera House at St. Joseph, Missouri, are used to enclose plantings. Elevator grills from the old Peck’s store are the backdrop for gorgeous azalea bushes.

“‘Mrs. Russell Luger gave me those grills – she had been using them, turned lengthwise, to pen hogs on her farm,’ Mrs. Nelson recalled with a laugh.”

A statue of an eagle had been a present from Morton T. Jones, whose firm had bought the building that once housed the Eagles Club. (Recycling was very much the order of the day. Another garden on the tour featured bricks that had once formed part of Main Street.) The Nelsons’ garden included street lamps from Holland and Paris, and many objects from France. A gate from New Orleans led to a walled garden, with plants that remained green throughout the year. Helen and Dick were fond of dogs – and overseeing it all was their French poodle, Georges.

Helen and Dick enjoyed travel. During the late 1940s, their favored getaways included La Jolla, California, and Lake Miltona, Minnesota. When they were away from Kansas City, they might be at one of the cattle ranches they owned in Arizona and Wyoming.

Helen became the president of the Columbian Hog and Cattle Company after Ralph Hedges, who had succeeded Ted, died unexpectedly while on vacation in Florida in February 1950. She held that position until 1958. At that point, she assumed the role of chairman, and her son, (who, like his father, answered to Ted), ascended to the presidency.

Dick died in March 1986 at the age of 88. Helen’s death was recorded in January 2003. Her son, Ted, had died the previous year. In addition to Ted’s children, her survivors included Dick’s son, (who was also known as Dick), his wife, Marjorie, and their children and grandchildren.

Also featured in the November 28, 2020 issue of The Independent
By Heather N. Paxton 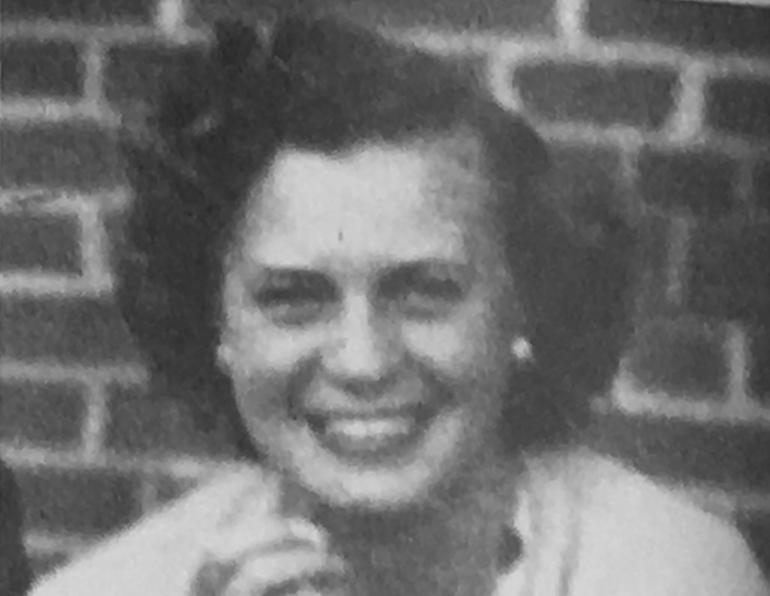 Mary Conover Mellon lived much of her life away from Kansas City. Her memorial still stands, decades after her death. It is a building on what is now the lower…

Louis L. Touton was an educator for many years, but he is best remembered as the head of Camp Sosawagaming (sometimes called Camp Soso or Camp So-So) in Big Bay,… 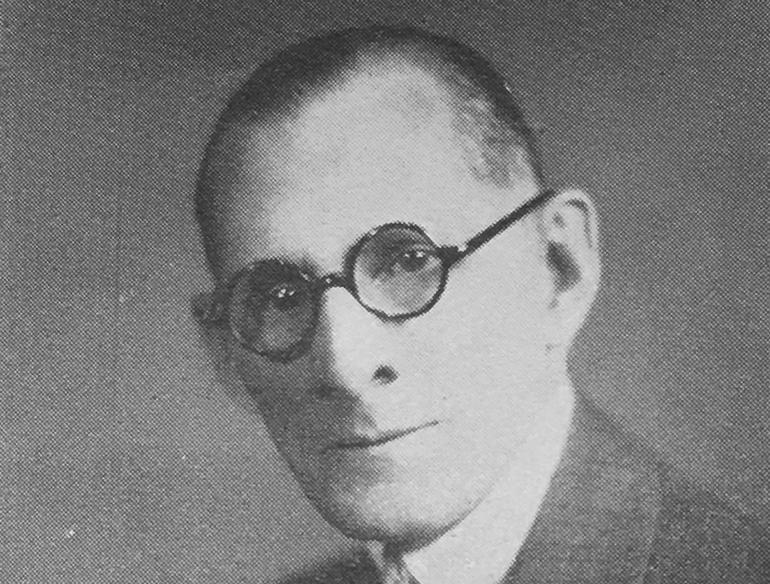 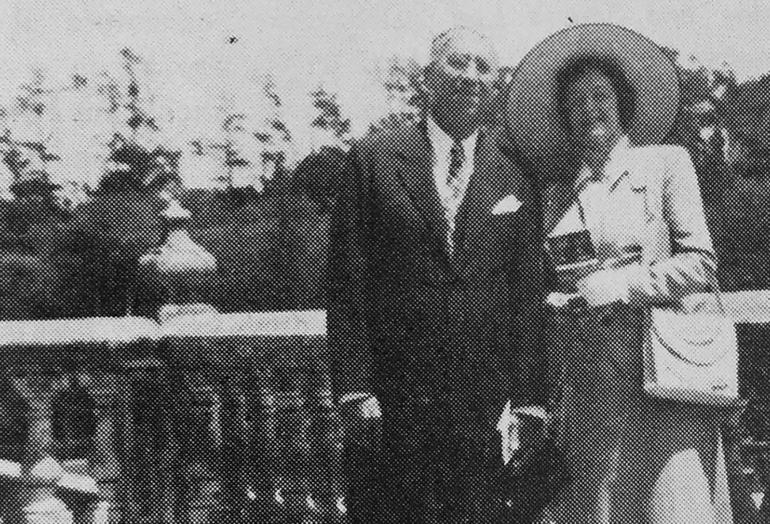