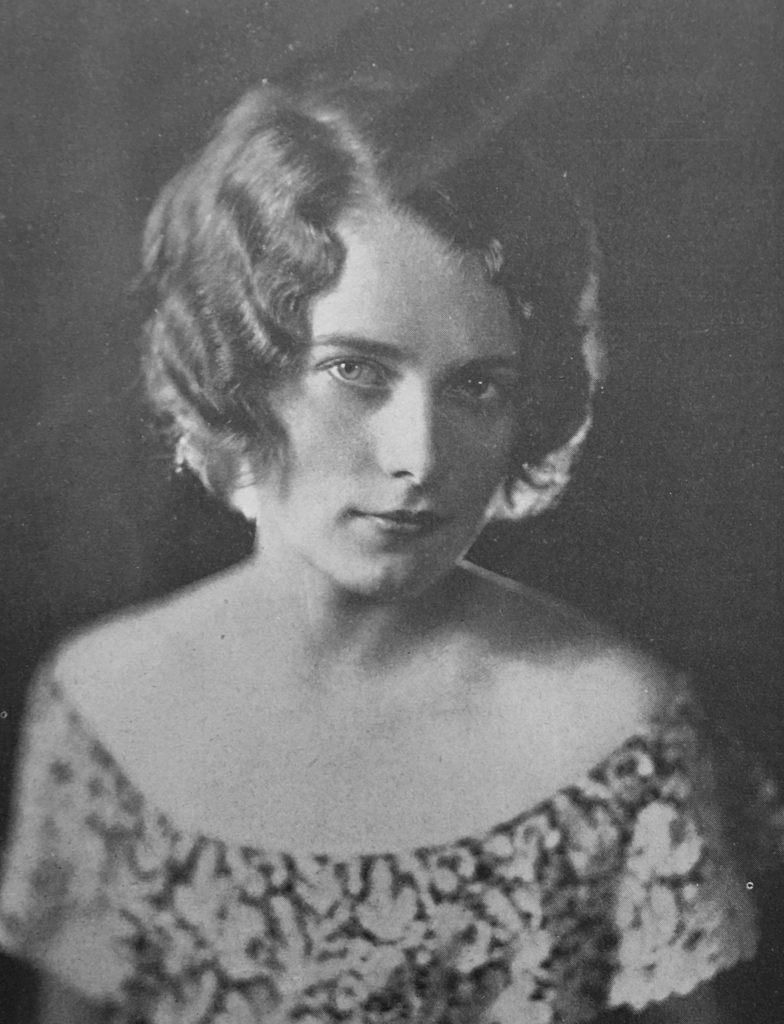 There are people whose lives seem meant to be pictorial spreads in magazines. It’s not that they have no sorrows – they do, just as everyone does. Having an artist’s eye helps. Always having projects is useful. Taking an interest in culture and travel is a good idea. Marguerite Munger Peet would have had an interesting life if she had achieved her early dream of being a painter, spending years in a garret in New York, attired in smocks and subsisting on whatever was on special at the local delicatessen. The fact that she instead returned to Kansas City and made a conventional marriage didn’t stop her from continuing her artwork while leading an undeniably glamorous life.

Margot, as she was known, was born on June 8, 1903. She was the daughter of Marguerite Harris Munger and Williston Munger. One of her early influences was her aunt, Ruth Harris Bohan, who was an artist and the wife of a prominent physician, Dr. Peter Bohan. Margot’s schooldays were spent at Barstow. She had hoped to attend Smith College, but that was beyond what her family could afford. Instead, Margot went for a year to a finishing school in New York. During her time there, she created numerous portraits while studying with Clinton Peters, who specialized in pastels. Back in Kansas City, she attended art classes taught by Randall Davey, among others, at the Kansas City Art Institute. Not long after her return, she met Herbert Orvis Peet at a party at The Kansas City Country Club. The Princeton graduate, quickly smitten with the young Miss Munger, (who had made the pink chiffon dress she wore that night), proposed that she paint a portrait of his grandfather. A more romantic proposal soon followed. The two were wed on April 26, 1924 at Saint Paul’s Episcopal Church.

Following a honeymoon in New York and Bermuda, they settled on a farm in Johnson County, Kansas, later building a handsome, white-columned house, “Chatteris” at 83rd Street and Nall Avenue on the property. Herbert was then employed in the family soap business, the Peet Brothers Company, which became Palmolive-Peet, and then, alas, Colgate-Palmolive. (He later owned a brokerage firm, H.O. Peet and Company.) Within a few years, they became the parents of two daughters, Marguerite and Jeannette. Their younger daughter’s health would be a constant source of concern. According to Dr. Marianne Berardi, “Jeannette was only three months old when she contracted whooping cough… This devastating disease damaged her brain. Life-saving brain surgery at the age of five left her with uncontrollable nocturnal epileptic-type seizures that grew worse over time.” Art was a refuge for Margot in those years, and she took many of Thomas Hart Benton’s classes at the Kansas City Art Institute. In the mid-1930s, two of her paintings provided glimpses into her day-to-day activities: Exercise Class and Culture (Barstow Mother’s Meeting). Both feature groups of women. Though Margot was physically present at these gatherings, one suspects that she saw herself as an observer, apart from the others.

The Peets led an active social life. Herbert’s sport was polo, and they were members of The Kansas City Country Club. They often entertained at their home, where Margot created a 50-foot mural of the New York skyline in the basement. The war years saw them on the move, with Herbert rising to the rank of lieutenant colonel in the Army Air Corps. Afterward, they briefly lived on the East Coast and then returned to Kansas City. Country living was Herbert’s dream, one not shared by Margot. Her 1950 painting, Self-Portrait (Prairie Chicken), depicts her blonde head on the body of a bird in a sparse field. (But did any other prairie chicken own a zebra rug that was a gift from Ernest Hemingway, who was a personal friend?) During the 1950s, they moved to a spacious Tudor Revival house with vast gardens on Wenonga Road in Mission Hills. This was a source of joy for Margot. They also began spending winters in Jamaica. She studied watercolors with Fred James and Rod Cofran and painted many vistas of her travels with Herbert in foreign places, particularly Hong Kong and Taiwan. Margot also became adept at needlepoint and created rugs for each of her daughter Marguerite’s four sons.

Garden scenes and portraits were the subjects of many of her later artworks, including a portrait of Herbert for Saint Luke’s Hospital, where he was a longtime board member. (Philanthropy was an important part of Margot and Herbert’s lives.) In 1979, an exhibit of her paintings was held at Plaza Bank. Herbert died in 1984, not long after a stroke had put an end to Margot’s ability to paint. In 1986, she was named Barstow Alumna of the Year, and her work was displayed at the Embry Gallery at the school. Margot lived in the Wenonga Road house until her death on April 21, 1995. When her daughter, Marguerite, did an inventory of Margot’s artwork at the home, the total was an astonishing 430. In 1999, an exhibition titled, With Grace & Wit: The Paintings of Margot Peet 1903-1995 was held at the Johnson County Museum.

Also featured in the June 13, 2020 issue of The Independent
Photo credit: Strauss Peyton