Mr. and Mrs. Hal Douglas Pollack of Overland Park, Kansas, are pleased to announce the engagement of their daughter, Alissa Kay Pollack, to Noah Benjamin Eisemann, the son of Leslie D. Mark and Mr. Mark D. Eisemann of Mission Hills, Kansas. The bride-to-be is the granddaughter of Mrs. George Lieberman of Leawood, Kansas, and the late Mr. Lieberman and Mrs. Jay N. Pollack of Chicago, Illinois, and the late Mr. Pollack. Alissa is a graduate of Shawnee Mission East High School. She earned a bachelor of arts degree in individualized studies: photographic communication, fashion and 2-D media from Miami University. Alissa is a member of Gamma Phi Beta sorority. She is employed with Michael Kors in New York, New York.

Her groom-elect is the grandson of Dr. and Mrs. Gustave Eisemann of Mission Hills and the late Ambassador and Mrs. David E. Mark. Noah is a graduate of The Pembroke Hill School. He received a bachelor of applied science degree in psychology from Miami University. Noah is a member of Sigma Phi Epsilon fraternity. He is employed with Full Screen Media in New York City. Theirs will be a June 30th wedding at Larkspur at Vail in Vail, Colorado. 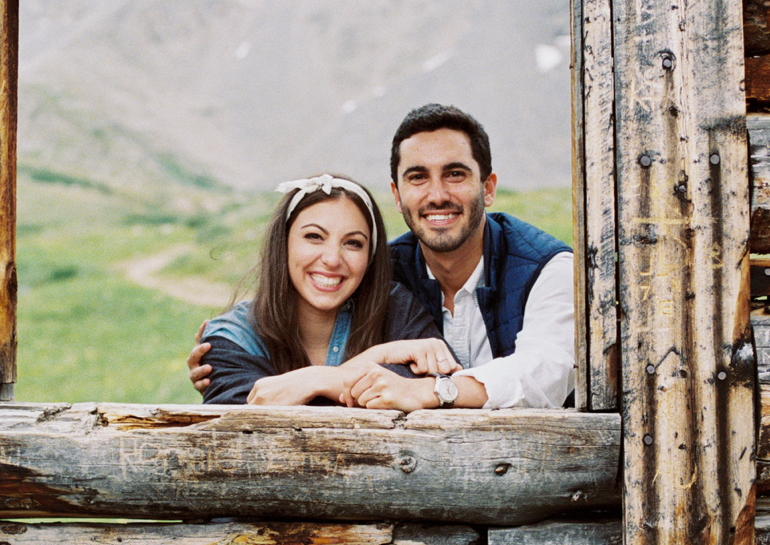