Ellen Joy Hart and John Fredrick Logan were married on December 28th at Visitation Church in Kansas City, Missouri. The bride is the daughter of Amy McLiney Hart of Kansas City, and the late Kevin Hart. Her groom is the son of Carol and Fred Logan, Jr. of Leawood, Kansas. Ellie is the granddaughter of Laurie and George McLiney, Jr. of Kansas City, and the late Phyllis and Stephen Hart. Jack is the grandson of Ann Hochscheid of Prairie Village, Kansas, and the late Vernon Hochscheid, and the late Marjorie and Fred Logan, Sr. The evening prior, the groom’s parents hosted a rehearsal dinner at Mission Hills Country Club. Following the wedding, the bride’s mother hosted a reception at the InterContinental Kansas City at the Plaza. Following a honeymoon in Riviera Maya, Mexico, the happy couple is at home in Kansas City. Ellie is careering with the Park Hill School District, and Jack is employed with Logan Logan & Watson in Prairie Village. 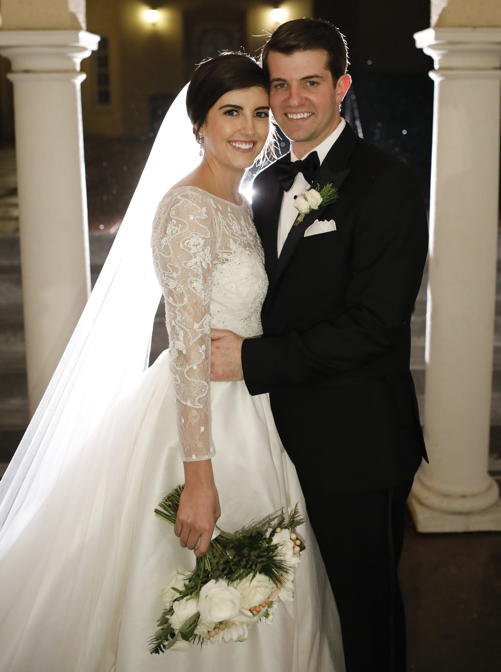 Also featured in the March 21, 2020 issue of The Independent
Photo Credit: Aaron Phelps