The rehearsal dinner was held at Via Umbria on the evening prior to the ceremony. It was hosted by Marcia and Jeffrey Harrington and Pamela and Danny Phelps. Meridith Pumphrey served as maid of honor, and Daniel Thompson was the best man. Ann Marie Ursini and Rachel Lazar were bridesmaids. Andrew Torkelson, brother of the bride; and William Harrington, brother of the groom; served as groomsmen. Benjamin Gunning was the usher. Christine and Dr. Allan Torkelson hosted the wedding reception at The Ritz-Carlton Georgetown. Following a honeymoon in Nevis, British West Indies, the happy couple is at home in Georgetown. 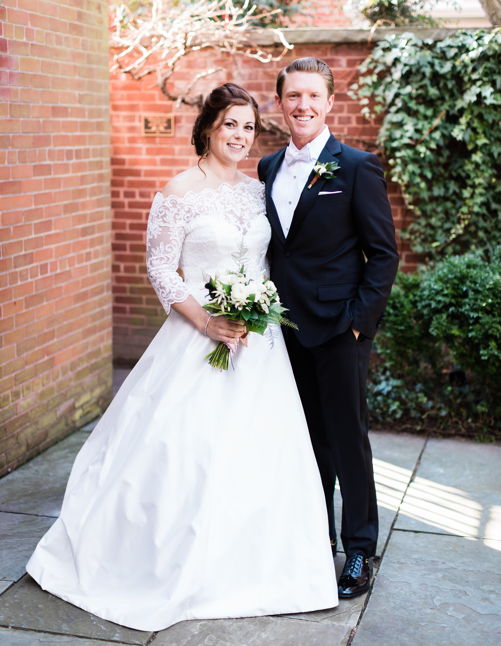 Also featured in the April 27, 2019 issue of The Independent
Photo Credit: Sarah Bradshaw