On the evening prior to the ceremony, Barbara and Jon Nichols were hosts for a rehearsal dinner at Three Points Event Space. Emily Knox served as matron of honor, and the groom’s brother, Evan Nichols, was the best man. The bridesmaids were Claire Stephenson, cousin of the bride; Lauren Chisholm, Gracie Unthank, Paige White, and Audra Feldhaus. The groomsmen were John Hart, Jack Logan, Sam Logan, Calvin Tidwell, and Brian Simpson. Duncan Stanton and Charlie Stanton, brothers of the bride; Tim Bouquet, Benjie Britenham and Austin Trees were ushers. Sarah and Jeffrey Stanton toasted their daughter and new son-in-law at a reception held at Milburn Country Club. Following a Hawaiian honeymoon, the couple is at home in Kansas City, Missouri. Kathryn careers with Standard Style, and Stephen serves as a law clerk to the Honorable Daniel D. Crabtree, District Judge for the United States District Court for the District of Kansas. 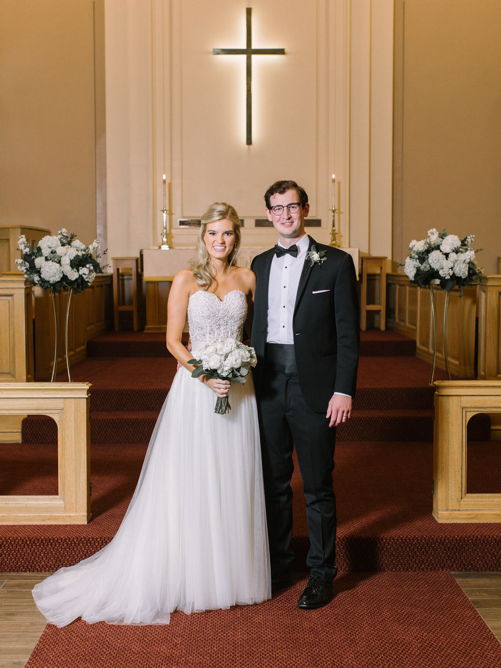 Also featured in the December 15, 2018 issue of The Independent
Photo Credit: Waldron Photography