The evening prior, the groom’s parents gave a rehearsal dinner for their son and his soon-to-be bride at Boulevard Brewing Company. The bride’s parents hosted a reception at The Kansas City Country Club following the ceremony. Kristen’s sister, Kelley Elizabeth Horigan, served as matron of honor. Laura Garrison Marriott and Candance Atkins Hopkins were bridesmaids. The bride’s niece, Avery Jade Horigan, was the flower girl. Major Grant Behning was the best man. Major Lucas Fox and Major Joshua Dove served as groomsmen. The readers were Caitlin Williams and Kelly Chapman Schwaller. Major William Dowd, Major Elliott Riling and Major Daniel Ouper were the ushers. The Reverend Zach Walker was the officiant. Kristen and Shane are C-17 pilots stationed at the United States Air Force Joint Base Lewis-McChord. Following a tour of Milan, Lake Como, Florence, and Rome in Italy, the newlyweds are at home in Steilacoom, Washington. This summer, when their assignment at Joint Base Lewis-McChord has been completed, the two will attend Air War College at Maxwell Air Force Base in Montgomery, Alabama. 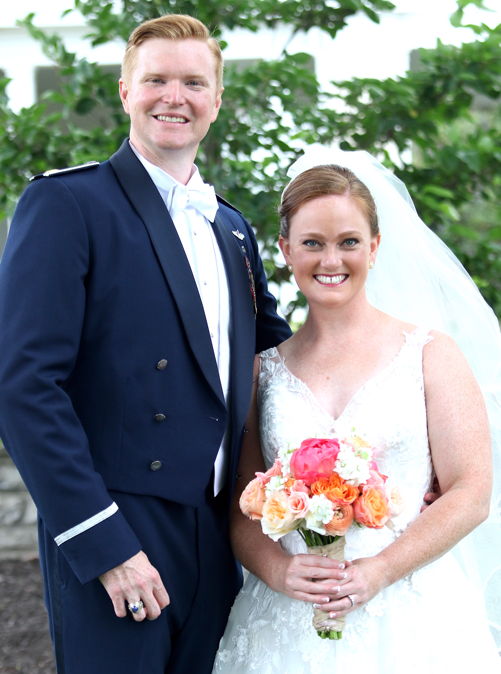 Also featured in the January 5, 2019 issue of The Independent
Photo Credit: David Riffel