Mr. and Mrs. John Kennedy Goodwin of Mission Hills, Kansas, are pleased to announce the engagement of their daughter, Sara Elizabeth Colt Goodwin, to George Thomas Lin, the son of Dr. and Mrs. Boyang Lin of Richardson, Texas. The bride-to-be is the granddaughter of Mrs. Mack Vail Colt of Mission Hills and the late Mr. Colt, and Mr. and Mrs. Frederick Merry Goodwin, Jr. of Mission Hills. Sara is a graduate of Kansas City Christian School in Prairie Village, Kansas. She was a Jewel Ball debutante in 2015.

Her groom-elect is the grandson of Mr. and Mrs. George Sherman Smith, Jr. of Midland, Texas, and the late Dr. Mary Pin Chang and the late Dr. TongChi Lin. George is a graduate of St. Mark’s School of Texas in Dallas. Sara earned a bachelor of arts degree in ecology and evolutionary biology from Princeton University last year, and George will receive a bachelor of arts degree in chemistry from Princeton this June. Sara and George are members of The University Cottage Club. Theirs will be a June 22nd wedding at Christ Community Church Brookside in Kansas City, Missouri. Sara and George will begin their marriage by enrolling in medical school this summer. 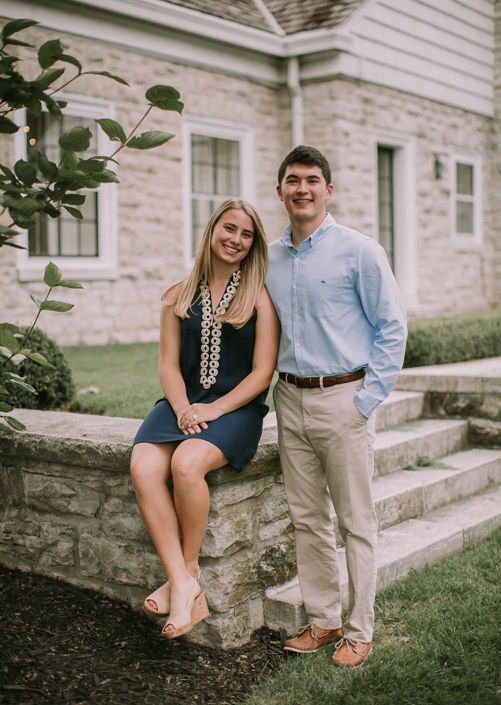 Also featured in the February 2, 2019 issue of The Independent
Photo Credit: Cassandra Castaneda