Mr. and Mrs. James Thomas Seigfreid, Jr. of Kansas City, Missouri, are pleased to announce the engagement of their daughter, Sophia Marie Seigfreid, to Daniel Sullivan McCluskey, the son of Mr. and Mrs. Kevin McCluskey of Berkeley, California, formerly of Our Town. The bride-to-be is the granddaughter of Dr. and Mrs. John Kennedy Layle of Mission Hills, Kansas, the late Donna Seigfreid, and the late Mr. James Thomas Seigfreid. Sophie is a graduate of St. Teresa’s Academy. She was a Jewel Ball debutante in 2014. Sophie earned a bachelor of arts degree in communications from the University of Denver. She is the manager of special events at the University of Missouri–Kansas City.

Her groom-elect is a graduate of The Pembroke Hill School. Daniel received a bachelor of science degree in engineering from Stanford University. A member of Theta Delta Chi fraternity, Daniel is a project engineer with A. Zahner Company in Kansas City. Theirs will be a September 1st wedding at The Nelson-Atkins Museum of Art in Kansas City. 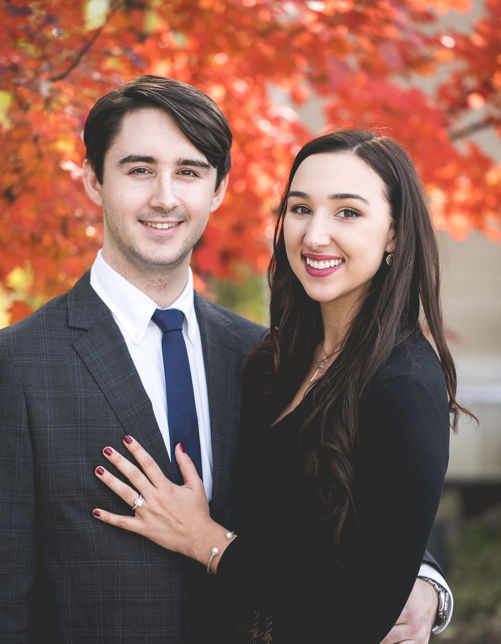 Also featured in the May 11, 2019 issue of The Independent
Photo Credit: Heirloom Photography