A bouncing baby boy named Everett Woods Langdon was born on August 17th in Our Town to Laura and Jesse Langdon. The blue-eyed, brown-haired boy weighed eight pounds, five ounces, and was 19 and one-quarter inches long. His grandparents are Mary Don and Bob Beachy and Dottie Langdon and the late Emmett Langdon. Everett joins his three-year-old sister, Emmett Elizabeth Langdon, who is named for their paternal grandfather. Everett is in turn named for their paternal grandfather’s twin brother.  The two darling little ones are already fast friends – just as the original Emmett and Everett were. The baby and his aunt, Jane Woods Beachy, share their middle name. Woods is the maiden name of Mary Don Beachy and was the last name of Laura’s beloved grandparents, the late Virginia and Hammond Woods. Everett smiles all the time, and we know he loves his nursery – it is decorated with the theme of fly-fishing in the Colorado mountain lakes and rivers. 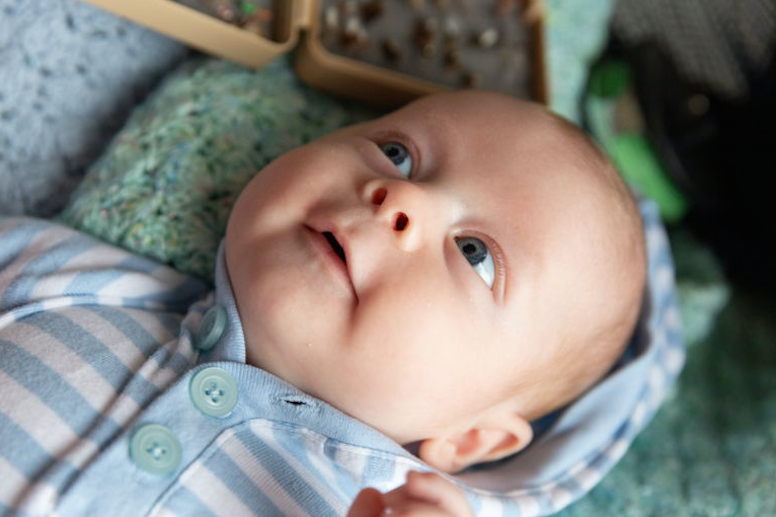