Georgia McLiney Nestor is the new girl in Town! Gigi, as she is known, was born on November 27th to Megan Hart Nestor and Steven Nestor of Kansas City, Missouri. The blue-eyed brunette weighed seven pounds, nine ounces at birth and was 19-1/4 inches long. Gigi has an older brother, John Ignatius Nestor, who is 19 months old. The two are grandchildren of Amy Hart, the late Kevin Hart, and Cathie and Rick Nestor. Gigi is named in honor of her mother’s grandfather, George McLiney. 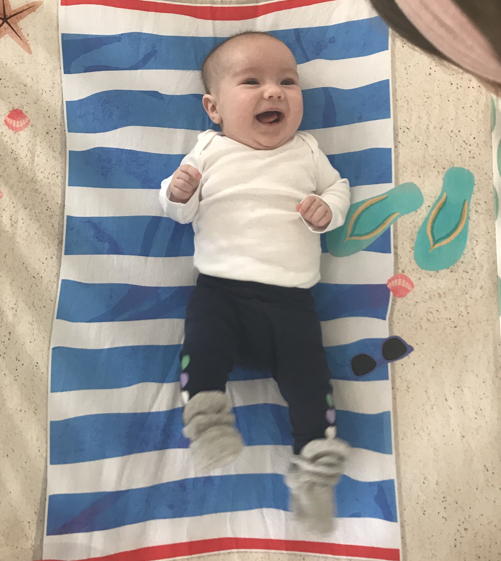