We really don’t mean to sound like old fuddy-duddies, but in all probability, we will be judged as such. Stay with us as we explain how we’ve transformed ourselves into cool, hip, enlightened middle-agers. We never expected halls of indoor graffiti to make our hearts sing. We’ll get to the “why” in a minute, but in the meantime, consider this: Union Station Kansas City is home to a quarter-mile of space that 99 percent of our population doesn’t know exists! 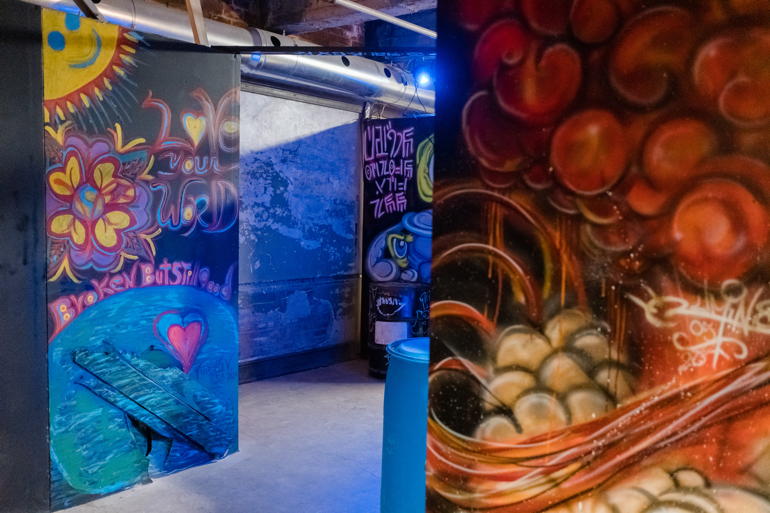 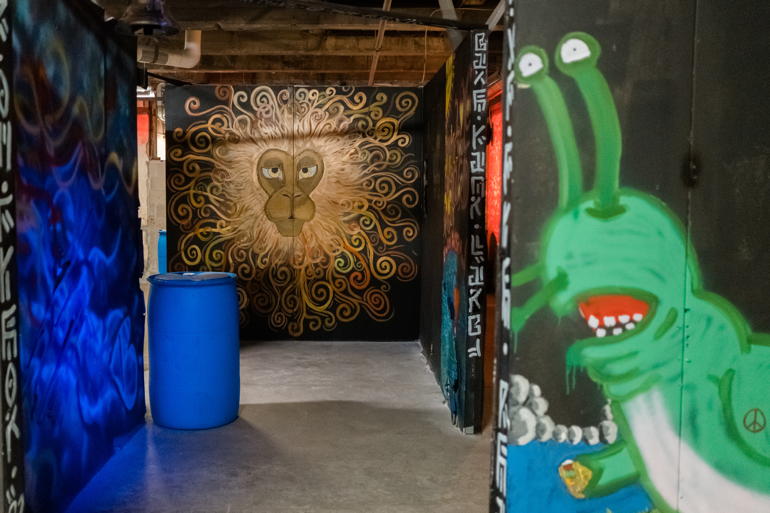 Ever stood outside of the grand dame, Union Station, and admired the architecture, the massive windows, the arches that seem larger than life? Imagine that above the arches and behind the facade there is a veritable secret world with passages, hallways, low ceilings, rough concrete walls, and not just a few shadows and stories of times gone by below, in the belly of the beast. Once the elevator takes passengers to the seventh floor, the journey begins in this unknown territory, and then it comes full circle back to the point of origin. It is possible to get lost, no doubt, in corners and nooks and crannies. But keep walking and the end becomes the beginning.

Apparently, soldiers of both World Wars knew of the passageways. They used the space to store items that could not be taken on deployment. Somehow, lovers and random wanderers knew of the space, also. There is one especially historical and touching section of concrete wall that has been carved into with all manner of initials and hearts and dates. The original graffiti.

Jump to modern day, and in 2019 two aspiring businessmen decided to make the fun, yet creepy space into an interactive maze – SurviveKC. John O’Connor and Levi Thomas installed props and zombies apropos to the scary halls to make a combo haunted house/maze/escape room/laser tag vibe and business. And then, as every story does these days, it hits the COVID-19 roadblock. John and Levi had time to think about how to improve their concept, and they decided that the local art scene could somehow enhance the experience on the seventh floor. 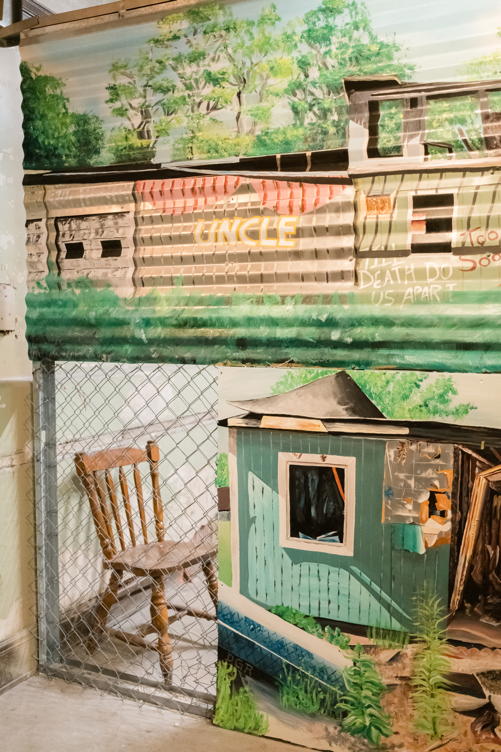 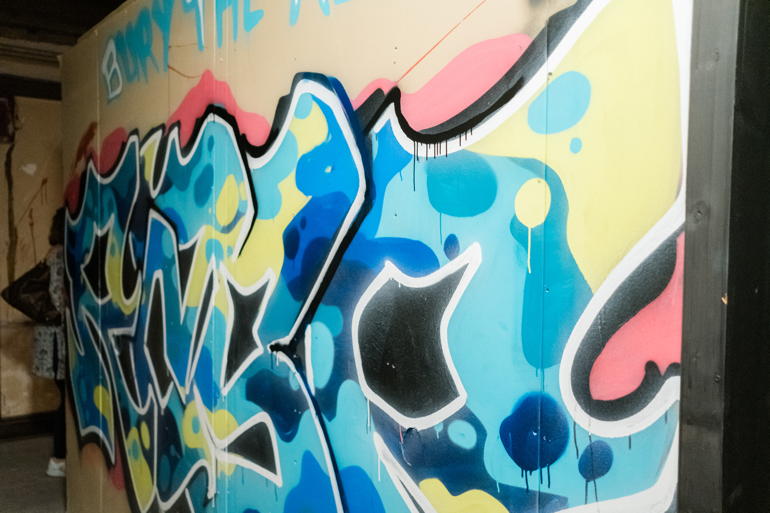 Coincidentally, at the same time, a friend of Levi Thomas’ had been arrested for spray-painting graffiti on an unused building in Our Town. The friend didn’t know the building had new owners, and prosecutions for defacing had been ordered. The unfortunate situation gave Levi an idea, though. Invite graffiti artists to come and work and play in the attic of Union Station. A handmade video placed on social media extolling the virtues of myriad walls in the maze received more than 100,000 views and nearly 20,000 comments.

Artists using spray cans, paints, markers, glow paint, blacklights, and more were starving for a place to practice and perform their craft – legally. Young, old, experienced, neophytes, every race, color, and creed responded with enthusiasm. Levi had founded his own art community without even intending to. Some artists responded with the sentiment that they might not trust Levi – was this really just a trap? He quickly earned confidence, and has since fostered the creation of hundreds of pieces of art installed in his unlikely gallery in the attic at Union Station. First Friday connoisseurs have flooded in, paid for works, and commissioned others. Viewers find everything from whimsical cartoons to images of George Floyd, Patrick Mahomes, Breonna Taylor, and much more. The artwork is thought-provoking, sometimes humorous, in good taste, and not grotesque in the least.

The space is still not for the faint of heart or claustrophobic types. Each hallway is no larger than two people across. (Oops, there we go again sounding old.) The props of coffins and medical devices gone rusty do add to the experience, but the sheer raw talent exposed on the craggy walls is inspiring, exciting and liberating, and colorful. John and Levi practically never leave the space, as they work to make money to support the possibilities of the non-profit partner organization. They run SurviveKC in COVID-19 times as a rental space for up to 15 people at a time for a laser tag game like no other. They hope to be able to support their artists through a not-for-profit model, where they can help provide materials at no cost for artists. 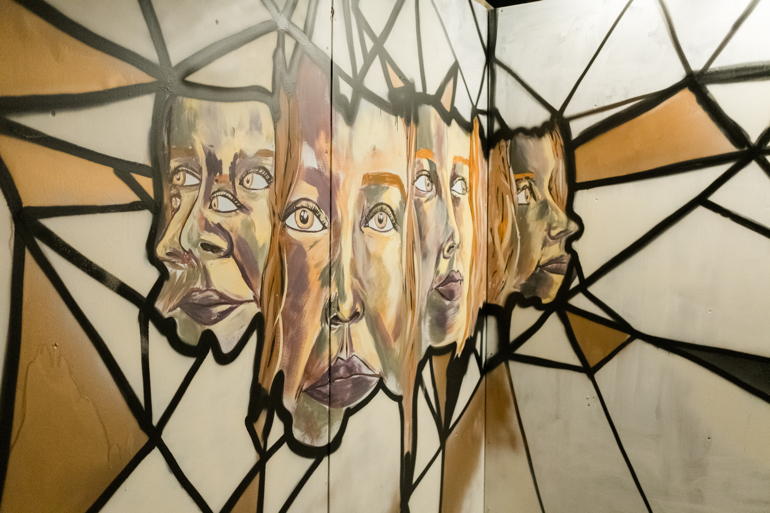 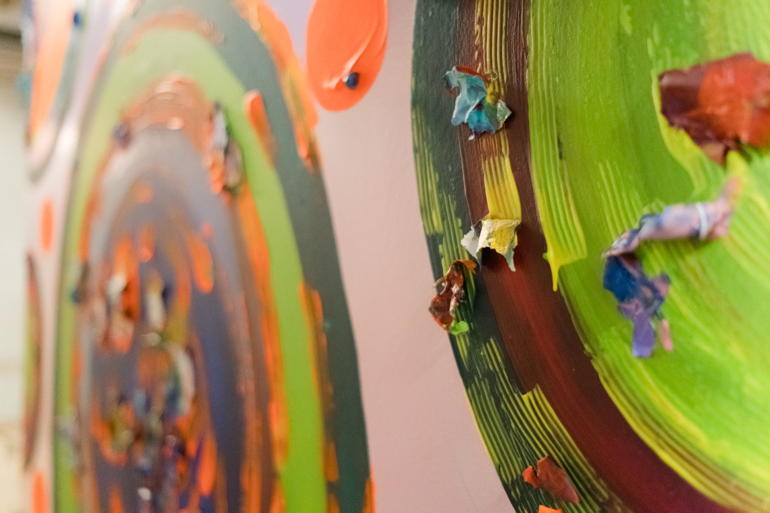 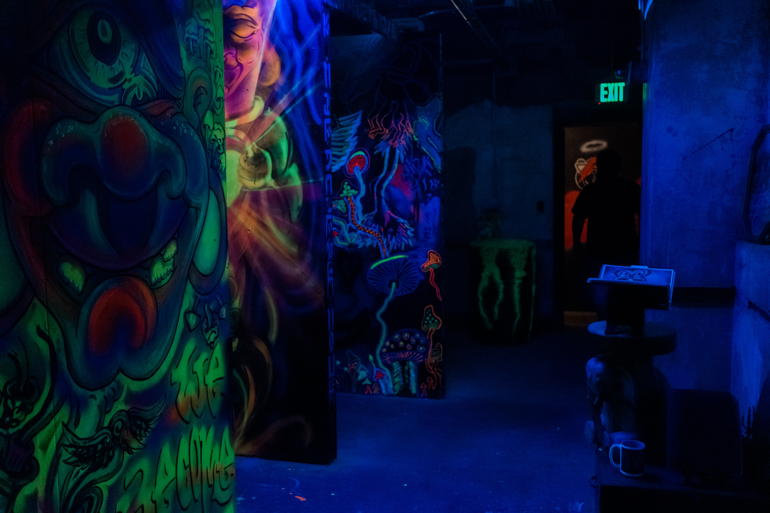 When craving an uncommon way to expose friends and family to Kansas City treasures, consider a visit to Graffiti Attic. Imagine the travelers, the trains, the whistles, the clacking of wheels on rails – all flowing underneath the beautiful behemoth with secrets to share. This is the most imaginative phenomenon to hit Our Town in a long time. 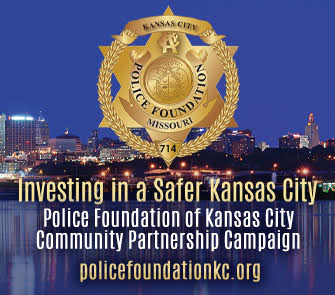 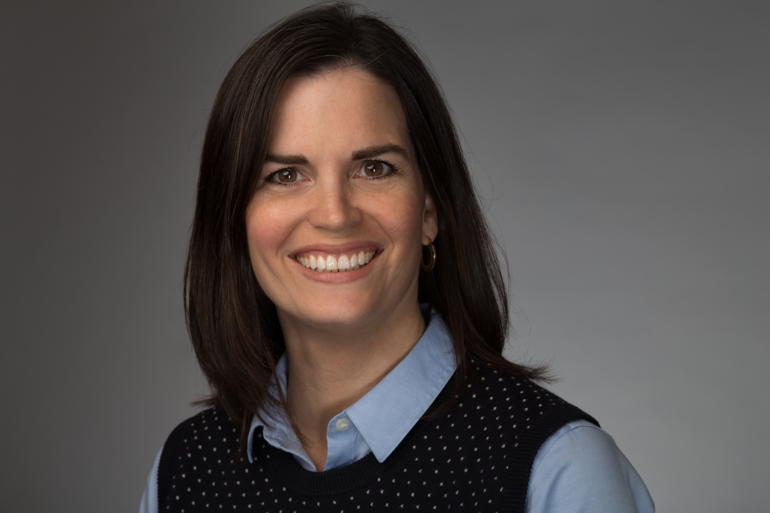 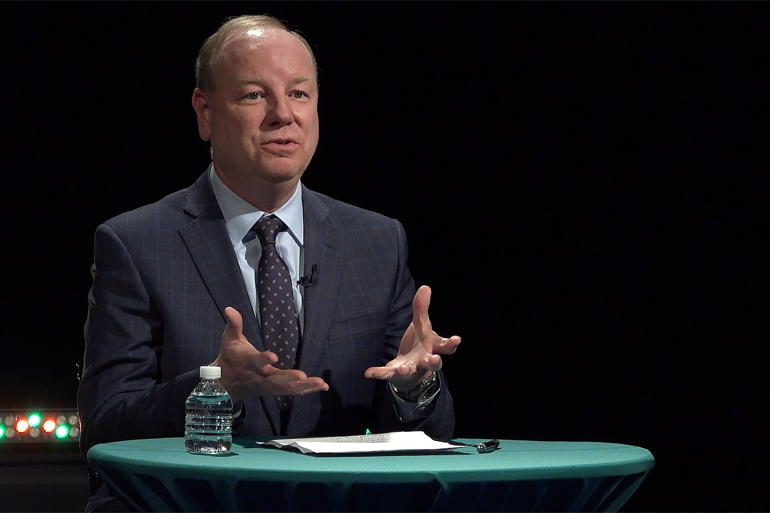 November 1st was the date for Jewish Community Relations Bureau|AJC’s 2020 Human Relations Event, “Pursuing Justice Standing Together,” which was held via private broadcast. The evening featured the presentation of… 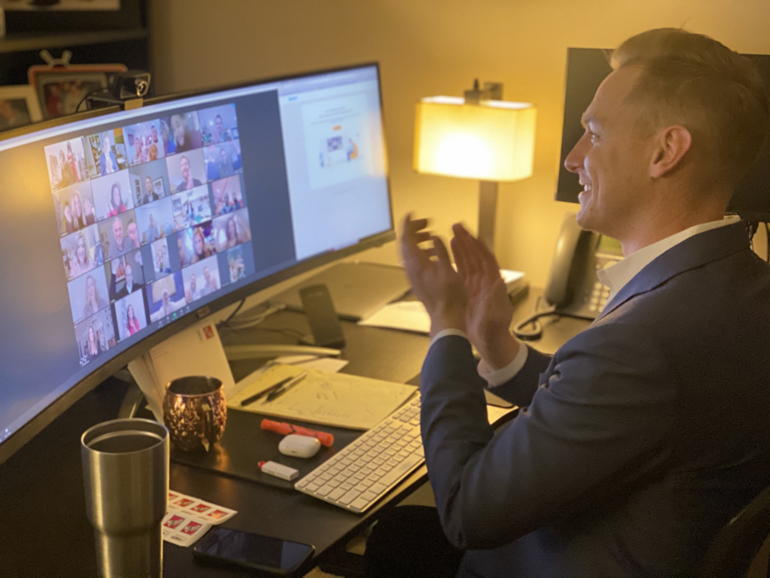 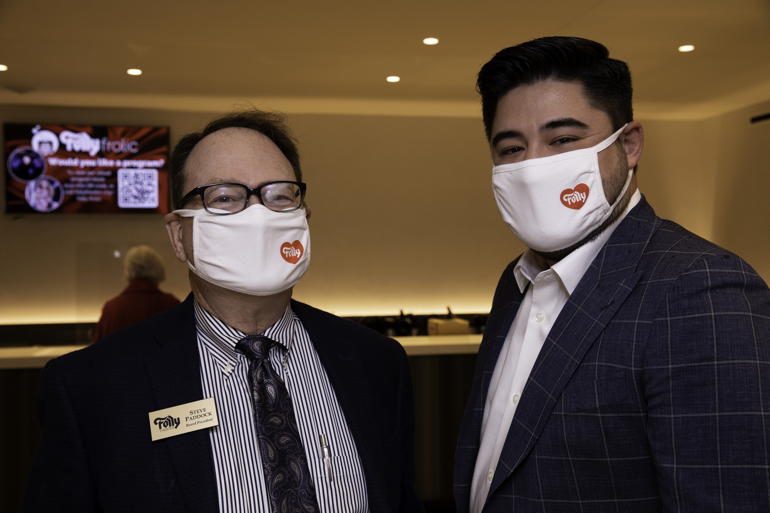 November 21st was the date for the Folly Theater’s 6th Annual Folly Frolic (a socially-distanced benefit concert). The Folly was able to stage a live performance, as well as a…