If you drive by the Belcher home during the day, you’ll find little to distinguish it from any other house on the tranquil street in suburban Liberty. But if you slow down and listen, you might hear Danny out in the yard, rehearsing a new American opera while cutting the grass. “I thought the mower covered up my voice, but it doesn’t,” said the St. Joseph native, who attended William Jewell College and the Juilliard School before joining the Houston Grand Opera Studio.

And if you go inside you might find Kathleen staging an opera for the Metropolitan Opera, possibly with the assistance of the couple’s daughter, Madeline. Later on, you might see Kathleen out in the garden, tending the vegetable garden that was her pride and joy this past summer.

“We were both raised in suburbia, and so we really wanted that experience,” said Danny, who among other things won a Grammy Award for his work on Kaija Saariaho’s opera L’Amour de loin. “We wanted good public schools, plus a bunch of my college friends still lived in Liberty.” Kathleen concurred: “It’s a tricky life to manage, but we’ve somehow figured it out over the years.”

Meet the Belchers. Kathleen is celebrating her 20th year as a member of the directorial staff of the Met, where she has worked with such prominent directors such as Peter Sellars, Bartlett Sher, Julie Taymor, Woody Allen, James Robinson, Michael Mayer, and many others.

She has also begun to direct operas on her own, to considerable acclaim: “At no point was a character simply existing on stage,” wrote a critic of a Sarasota Opera performance Kathleen directed recently. “Everyone’s actions had a meaning, and sometimes several layers.”

Danny is one of the most sought-after lyric baritones in the world, having performed some 90 roles, including 17 world premieres, on the major stages of the United States, Europe, and Asia.

Even the mercurial European press loved his breakout role of Prior Walter in Peter Eötvös’ Angels in America, first performed at Paris’ Théâtre du Châtelet in 2004: “He possesses the kind of powerhouse stuff that indicates a star in the making,” wrote The Guardian.

More recently, the Boulder Daily Camera reviewed Danny’s Magic Flute thus: “He is, quite simply, the best Papageno one could hope for. Possessing a coveted combination of comic panache and vocal prowess, Belcher knows how to steal a scene.”

Meanwhile 16-year-old Madeline, who has spent large portions of her childhood in New York and San Francisco and London and Paris and Berlin, might well be a Broadway star in the making. “She loves to sing, and she’s got a really beautiful voice,” Kathleen said, “She doesn’t want to do opera, she wants to do musical theater.”

We spoke recently on Zoom, with Danny upstairs and Kathleen holed up in the basement: She had contracted COVID-19, and though her symptoms were mild she had to isolate. Pandemic aside, both were optimistic about the future of opera: “What I’m gauging from across the industry is a collective sigh of relief and hope, that there is movement on the vaccines,” Danny said. “Because I really think that’s the only way of getting back to the proscenium theater experience.”

If nothing else, COVID-19 has forced opera to peer outside of its protective shell. “The pandemic has made all of us think more creatively as artists, and in a good way,” Kathleen said. “On a personal level, it’s made us all sort of slow down for a minute: made us to be more Papageno-like and appreciate the smaller things that we’re sometimes in too much of a hurry to enjoy, like growing tomatoes.”

There are other reasons the Belchers have slowed their tempo. Kathleen’s parents, who spend most of their last years in Florida, have both passed, and Danny’s parents are now in their eighties: They had lent support in caring for Madeline over the years.

More important, this year Danny took on a newly created position at Jewell, as Distinguished Faculty Artist and Director of the Artist Diploma in Voice Program. Kathleen holds an adjunct faculty position in the Program, where she coaches singers on their acting skills.

Kathleen knew already as a child she wanted to be in the theater, but took a while for her to identify a niche. She didn’t take easily to acting, but at Florida State University’s theater program she discovered the sheer fun of working backstage: with lighting design, set construction, and eventually, stage management. “I was really fascinated by the science of it,” she said. It wasn’t long before she developed an affinity for stage direction, “because I got to work with actors and designers and technicians, with everybody. And that’s still part of what I like about my job.”

A staff stage director at the Met serves either as an assistant on a new production (often for what Kathleen calls a “BFD: a big famous director”) or as staff for remounting an existing production. The Met is unusual in that it frequently holds rehearsals without the director present, and that’s where Kathleen comes in. “You perform a lot of stage managerial functions … time breaks and setting props and cuing people and keep a blocking book.”

All this has helped Kathleen develop skills required to direct productions on her own, something she is eager to keep pursuing. “Companies like it that I’m very organized with the schedules and the props, and that I think about those things really far in advance,” Kathleen said. “I have a good handle on what I think I’m going to need … how much time I’ll need to do things in rehearsal.”

Returning to Jewell is a homecoming for Danny, who remembers his undergraduate days with fondness. And now that he and Kathleen use the same management firm, they’ve found it easier to “sync” their travel schedules. “We’ve always tried to evaluate how any decision affects all of us,” said Danny of the impact that international careers can effect on domestic tranquility. “We don’t take any jobs without talking to each other about it, and about how it impacts us all.” 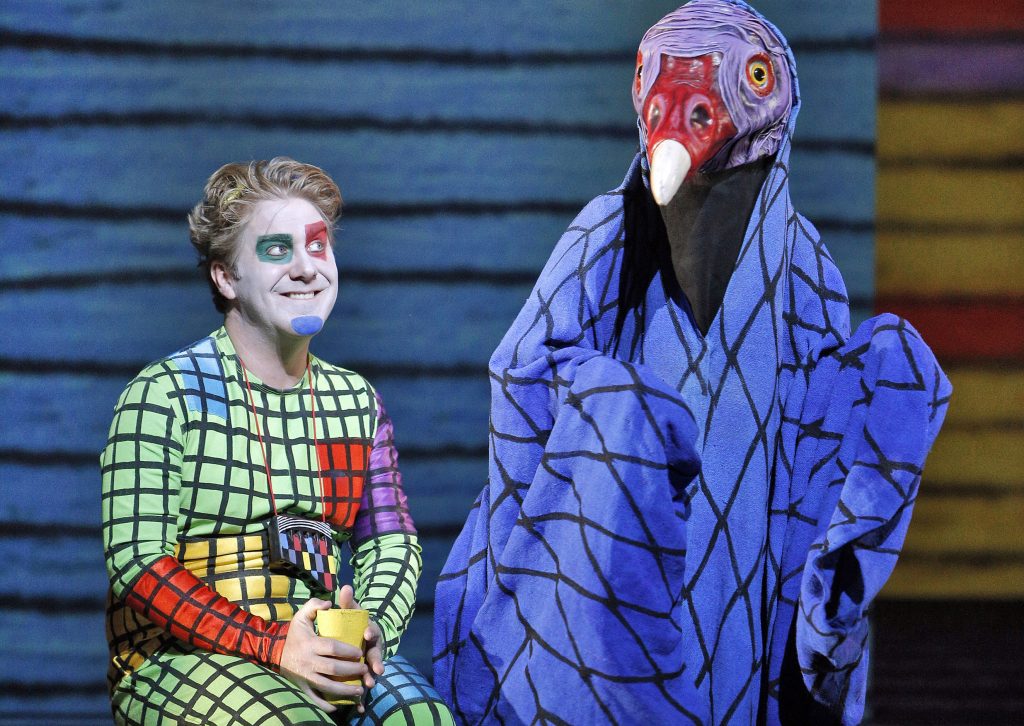 At the same time, a central premise of the new Jewell program is that while Danny and Kathleen are teaching, they are also still deeply embedded in the industry, and thus bringing a steady flow of current information to their students.

“The school said, write down what you think a program would look like,” Danny said, and much of that had to do with building relationships (through auditions, master classes, and seminars) with leaders in the opera industry. “So that by the time that person leaves, they know every single person’s name they’ve talked to.”

Danny has long favored new music in his own career, and this is likely to continue. “It is sort of where my passion lies,” he said. “I love the process of working with composers and librettists … and in participating in the formative stages of developing new works.”

Among his friends and mentors are such composers as Kaija Saariaho and Ricky Ian Gordon, or librettists such as Mark Campbell and Royce Vavrek. “Once you get into that world, it’s hard to get out of it,” he said with a laugh. Danny has also created roles in operas by Kevin Puts (Elizabeth Cree), Lori Laitman (The Scarlet Letter), Robin de Raaff (Waiting for Miss Monroe), Jeremy Howard Beck (The Long Walk), Mark Adamo (Little Women), and Michael Daugherty (Jackie O). 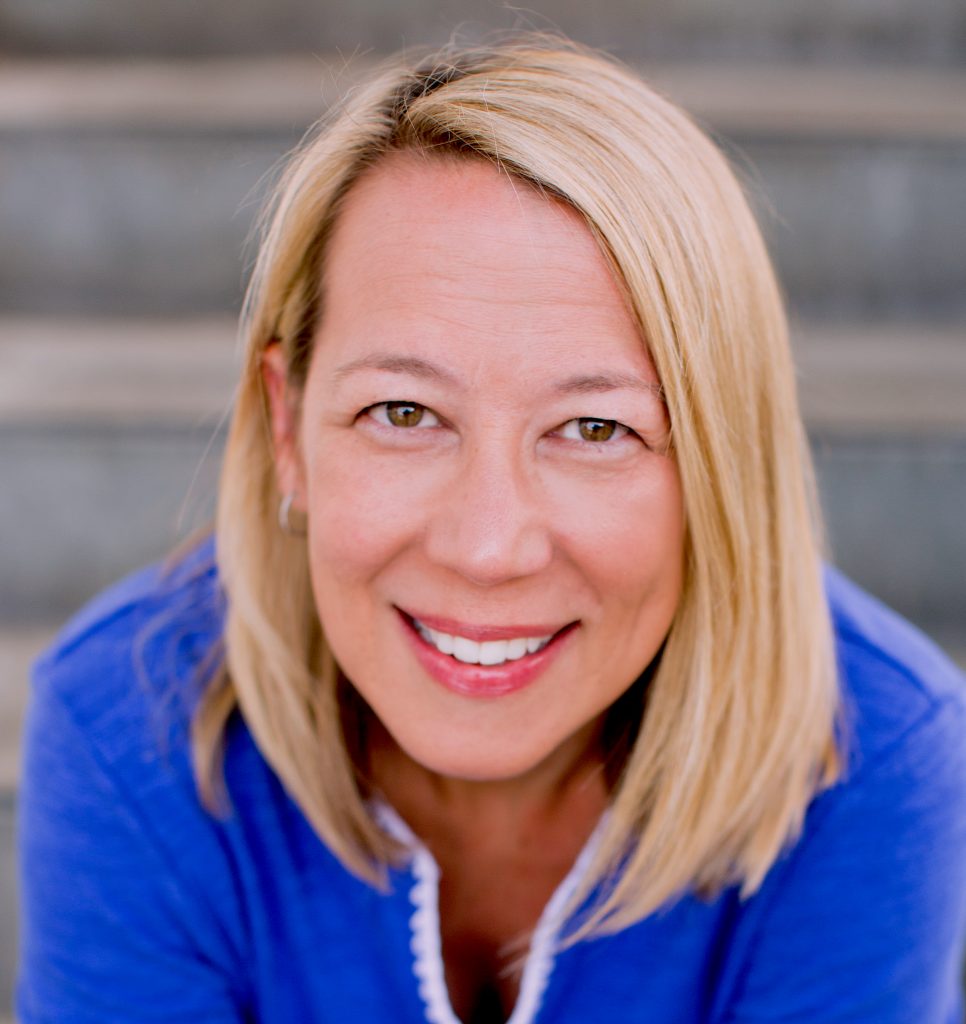 Both Belchers are energized about Jewell’s pioneering program, which Danny believes is an ideal place to train artists in the essential area of new opera. “The contemporary repertoire is essential for every young singer now,” Danny said. Young-artist programs in opera today quite often require, as part of the audition process, an American aria not of 20th century but of the 21st: opera fresh from the composer’s desk. “It’s of critical importance that students are exposed to new opera,” Danny said, “so that ideally they’ll become a part of it.”

Both are also optimistic about another critical area of opera, that of advocating for women in leadership roles. “I’ve been pretty lucky,” Kathleen said, adding that it’s perhaps “because most of the places I’ve worked, people have known me wearing other hats. … I’ve never had any problems as far as people accepting me as ‘captain of the ship.’ But I know a lot of people who have.”

With more women directing, many repertoire operas are undergoing radical reevaluations, particularly “hot-topic” operas by Verdi and Puccini in which the women often seem to be tools for cynical, male-driven plot developments. An example of this is the poor kidnapped Gilda in Rigoletto: a work that Kathleen said has become a sort of “opera du jour” for her. “Sopranos are excited to work with me … to hear a woman’s ‘take’ on Rigoletto,” she said. Many operas could use similar rethinking. “La Traviata is told from a man’s point of view, even though it’s a woman’s story,” Kathleen said. “It’s interesting to have a woman’s take.”

While women are gradually making their way into stage direction, their move into general directorships has been rather slow. (Kansas City is one of a handful of cities whose company is run by a woman.)

Just as important, Kathleen added, “the industry needs to get more women interested in conducting, starting in the educational phases. There aren’t enough women conductors.”

The Belchers are positioned to play a role in pushing opera forward, and they hope the Jewell program forms part of that. They’ll continue to travel a lot, but they’ll always be happy to come home to Liberty. “After the nice applause and cheers from the audience, I’ll put on my street clothes and coat and throw on a ballcap,” Danny said. “And when I walk out the stage door, nobody knows who I am. I love that anonymity. For those three hours in the theater we participated in something magical, and then we all just kind of go our ways.”

For more information about the Belchers, see the artists’ web pages at ada-artists.com/director-kathleen-belcher and danielbelcherbaritone.com. To reach Paul Horsley, performing arts editor; send an email to paul@kcindependent.com or find him on Facebook (paul.horsley.501) or Twitter (@phorsleycritic).