When Chris Jagoda began his career at Lockton Companies, he embraced the company’s strong commitment to the community and quickly became involved with a wide variety of service activities, including Christmas in October, Great Strides, Walk MS, and The Hospital Hill Marathon. Said Erin Gabert, American Heart Association: “Chris found his niche volunteering with the American Heart Association. Inspired by a childhood friend who passed away from heart disease, Chris’s commitment to the cause has led to significant growth for the AHA in fundraising dollars, volunteer recruitment and social media exposure.”

In his first year of working with the AHA, he jumped in as a member of the 2016 Heart Ball executive leadership team. That same year, the organization identified the need to improve its engagement with younger individuals. He was central to launching a successful vintage t-shirt campaign with Charlie Hustle. It combined donations through merchandise sales and a social media presence that showcased how each of us, no matter how old or young, can be impacted by heart disease. Charlie Hustle has since duplicated this campaign with other non-profit organizations.

In 2017, he continued his work on the executive leadership team and also took on the role of Heart Ball auction committee chairman. Chris expanded the 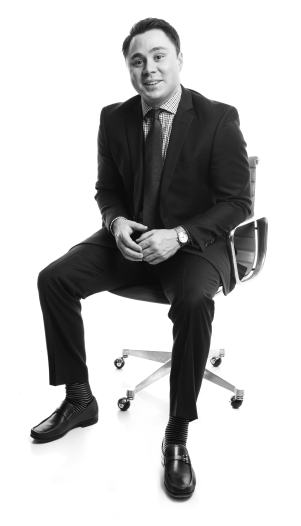 scope of the committee by recruiting young professionals and oversaw a record-breaking year, raising more than $1.2 million. Chris was asked to join the American Heart Association’s board of directors and has already proven to be a valuable asset to the organization. He has identified ways for Lockton to build its sponsorship support through the AHA’s Worksite Wellness Symposium and opened the door to a national partnership between Lockton and AHA, which could impact the health of millions of Americans. According to Laura Lopez, American Heart Association; Chris is always thinking big, from developing new funding campaigns to implementing innovative event concepts. “He always has the association’s best interest at heart and demonstrates unparalled commitment in every single task and event in which he is involved. We can trust that Chris will always follow through and do his very utmost for the organization.”

Scott T. Hall said that Chris exemplifies all the qualities of one who should be recognized with being a Rising Star. “He is a dedicated board member who didn’t waste any time getting right to work for the mission of the AHA. In addition, he has shown great drive and enthusiasm, immersing himself in the organizations health focused mission. Even among a group of hand selected future leaders in our community, Chris stands out as a shining star. Through his work, and the other charitable and civic causes that he supports, Greater Kansas City will be a greater place to live, work and play.”

Chase McAnulty, Charlie Hustle; can’t think of a better candidate for this award after working with him on the American Heart Association Charlie Hustle campaign. “Chris is making a tremendous impact in Kansas City. This collaboration has continued to be incredibly successful and has been replicated with our other charitable partners in Kansas City. Chris’s big idea has been impactful for our brand and has resulted in mission dollars that are funding critical programs, research and education in Kansas City. Chris has accomplished great things, but he’s just getting started. I am excited to see what the future holds for Chris as he continues to think creatively and spread his passion for philanthropy and helping others throughout the city.”

Lockton Companies also nominated Chris to be a Centurion, class of 2019. Said Scott T. Hall: “Commitment to our community through civic duty and philanthropy is a cornerstone of the Centurions program and of Chris Jagoda.”

Chris feels fortunate to be part of an amazing company such as Lockton that encourages and allows associates to be involved in our community and to help others. “I was very excited and honored that the American Heart Association had nominated me for the award and humbled to receive it. The other members of the Rising Stars class have done so much to make Kansas City a better place for everyone. I am privileged to be a part of that.”

Also featured in the March 31, 2018 issue of The Independent
By Ann Slegman
Photo credit: Tom Styrkowicz 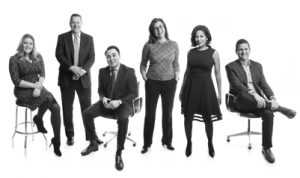