A graduate of Shawnee Mission East High School, Nancy attended Tulane University and earned a bachelor of science degree in journalism and public relations from The University of Kansas. She has been actively involved with The Jewel Ball for more than 25 years. Nancy served as president of the Children’s Relief Association at Children’s Mercy. She has served on the boards of Children’s TLC, Harriman-Jewell Series and The Coterie Theatre. Nancy was an event chairman of Children’s TLC’s Groundhog Run, Harriman-Jewell Series’ Prelude and the JDRF’s Annual Gala. She is the editor of The Independent.

Nancy and Mark are the parents of two daughters who participated in The Jewel Ball. Katherine Elizabeth Sachse was a debutante in 2010, and Amy Alexandra Sachse was a debutante in 2013. The Jewel Ball benefits the Kansas City Symphony and The Nelson-Atkins Museum of Art. Charlotte Russell White (Mrs. Dwayne Kent White) will serve as the vice chairman. 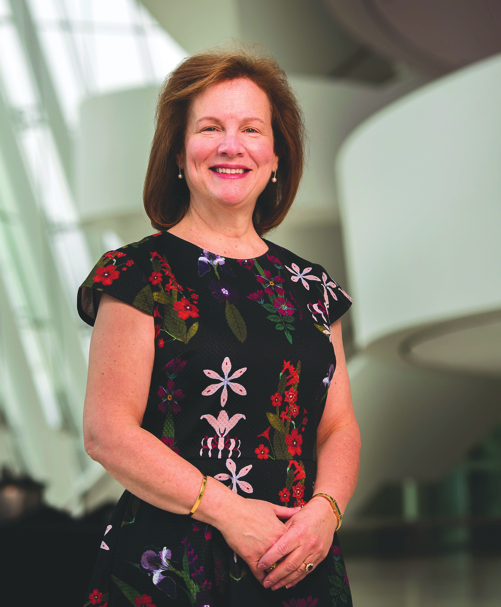 Also featured in the January 7, 2017 issue of The Independent
Photo Credit: Tyler Wirken