Generations of Kansas Citians would agree that a firefighter’s memorial was an excellent idea. It took a considerable amount of time to create one, but the finished product was well worth the wait. 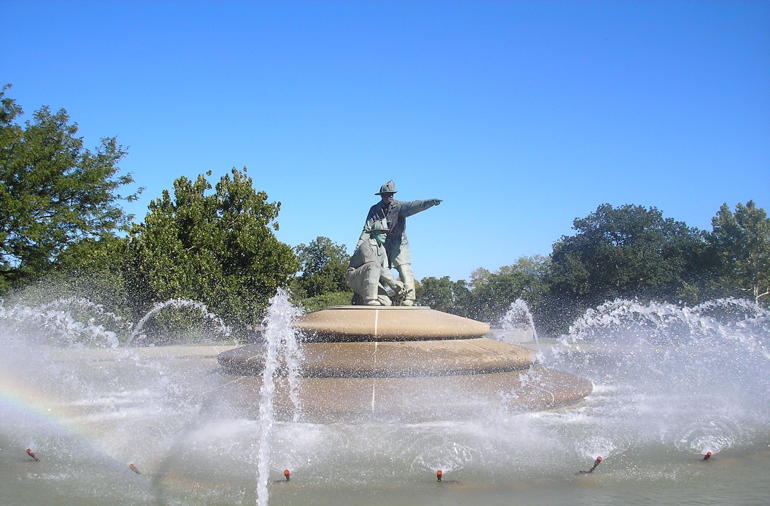 Discussions for a firefighter’s memorial began in earnest in 1968. The city government was receptive to the idea. Mayor Ilus Davis agreed to serve on an advisory board, which was to consider possible locations, fundraising, and the design for a statue. For some years, the project was in the planning stages. During that time, two artists were approached about possible designs, and sites were evaluated. No decisions had been made by January 1986, when Councilman Frank Palermo questioned why more had not been done.

By the end of that year, a location in Penn Valley Park near 31st Street and Broadway and a design featuring two firefighters had been approved by the firefighters, the staff of Kansas City Parks and Recreation, and the city. The Park Department, represented by E. F. Corwin, Park Department architect, favored the incorporation of a fountain instead of only statuary. The design chosen was based on a rendering done by Byron Gash, a commercial artist whose other projects included logos for notable Kansas City businesses such as Topsy’s, Gates & Sons Bar-B-Q, and Worlds of Fun.

The impetus that caused the project to move forward more quickly was a tragic event: a huge explosion occurred on November 29, 1988, that took the lives of firemen Thomas Fry, Gerald Halloran, Luther Hurd, James Kilventon, Jr., Robert McKarnin, and Michael Oldham. Less than one year later, on October 31, 1989, a groundbreaking ceremony was held at the south end of Penn Valley Park, at 31st Street and Broadway. A second ceremony with heavy-duty construction equipment took place on February 16, 1990.

Anita Gorman, president of the Kansas City, Missouri Board of Parks and Recreation Commissioners, served as the co-chairman of the fundraising efforts with Bill Grigsby, a well-known broadcaster whose career included 46 years with the Kansas City Chiefs. Bill announced at the February 1990 event that the project had already received nearly $400,000 worth of in-kind donations in time and materials. He told the Kansas City Star, “I’ve never been turned down yet, and everyone has been very gracious in donating their time and talents.” He added, “It makes me feel proud of the people of Kansas City who are willing to do this without asking for anything.” 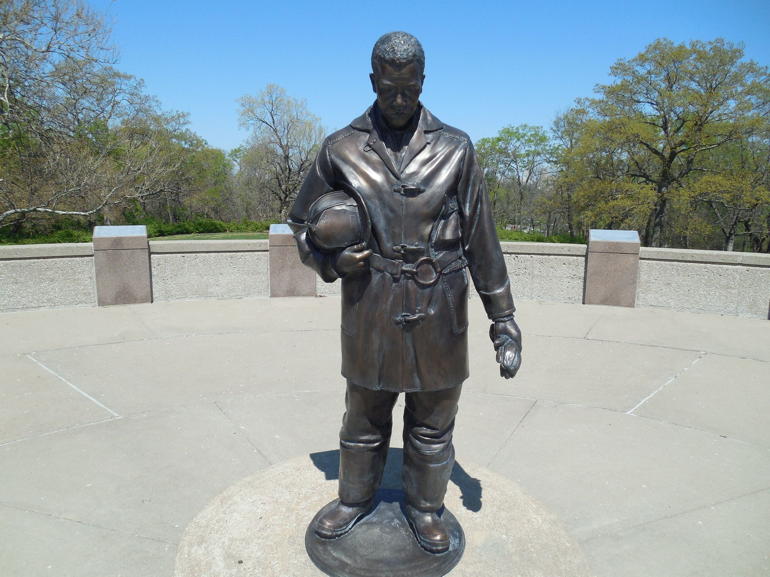 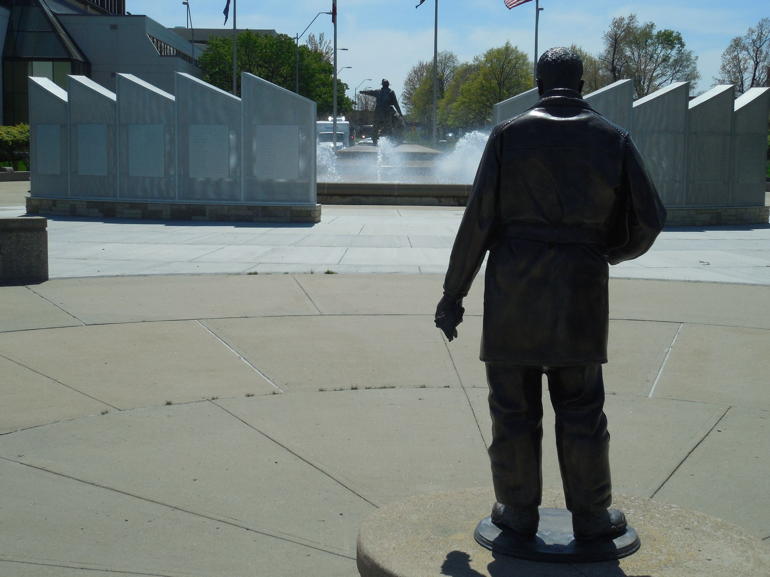 Donations came in all sizes. For some, the sight of a firefighter carrying a boot and requesting a $2 contribution was irresistible. Others, including corporations, were to give far more. In October 1990, the Kansas City Council agreed to provide $250,000 to the effort.

Sculptor Tom Corbin brought his talents to the project to create the actual sculpture. As he recalled recently, “Following a national search, I was awarded the Kansas City Firefighters Memorial commission in 1989. Over the next year, I served as my own model for the three figures, posing in front of a full-length mirror in full firefighter attire.”

The dedication ceremony was held on October 6, 1991. The event opened with the “Fireman’s Prayer,” followed by the roll call of the dead. The first name on the list was that of the first firefighter killed on duty in Kansas City: Barney McBreen, who died in 1889. As the Star reported, “The centerpiece of the fountain is a sculpture of two firemen: one aiming his hose from a crouch, and a companion pointing in the distance. A third bronze figure, with gloves in one hand and hat tucked under his arm, stands in mourning a few yards away, surrounded by granite markers etched with names of the dead.” Among the hundreds of people present were the widows and children of deceased firefighters, as well as active and retired firefighters. For many, it was a time to remember fallen colleagues. Other spectators simply came to pay their respects.

A little less than a decade after the dedication, the Firefighters Fountain and Memorial was the site of a ceremony to honor the victims of the terrorist acts of September 11, 2001. Music was a prominent part of the event, with Ida McBeth singing, a bagpiper playing “Amazing Grace,” and a performance by the Oak Park High School Marching Northmen. Two parked fire trucks displayed a massive American flag, which hung from the trucks’ extended ladders. At the conclusion, firefighters left on buses bound for Arrowhead Stadium, where they collected donations for the New York Fire 9/11 relief fund.

In March 2014, it was announced that Barbara Grygutis, an artist in Arizona, had been commissioned to create a new memorial wall. It was partially funded by Kansas City’s One Percent for Art program. The program requires that a portion of funding in construction projects be set aside for artwork and it was decided that the monies collected as part of the renovation of existing fire stations and the building of new ones could be used to fund updates to the Firefighters Fountain and Memorial. The completed project features two curved perforated aluminum panels that are lit from within by blue LEDs. As the City of Fountains Foundation website notes, “The blue light is intended to create a calming and peaceful atmosphere, and to symbolize knowledge, integrity, seriousness, reliability, and trust.” Smaller aluminum panels that are etched with the names of fallen firefighters are attached to the two ones. In addition, there are 20 plaques, many of which bear inscriptions relating to the history of the fire department. These are mounted on the granite pedestals that were created for the original memorial. 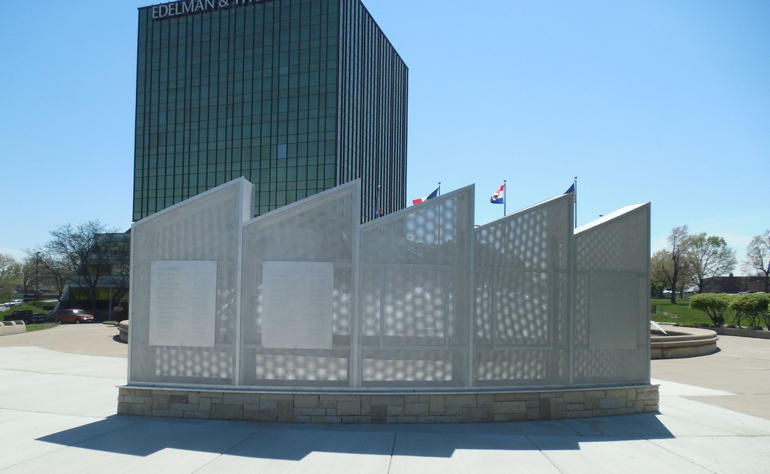 When the fountain is in operation, jets propel 48 streams of water for an eye-catching display within the pool, which is 80 feet in diameter and holds 76,000 gallons of water. In addition to reading the plaques and seeing the figures, visitors are frequently able to watch sunlight play on the water. As befits a memorial, the Firefighters Fountain and Memorial is a place where people can come to sit in quiet contemplation, acknowledge the losses that led to its creation, and then leave, often with a greater sense of purpose.

A November 1988 editorial in the Star stated, “This tribute will assure Kansas City’s recognition of the devotion that firefighters are willing to give to protect the public.” That remains true today. 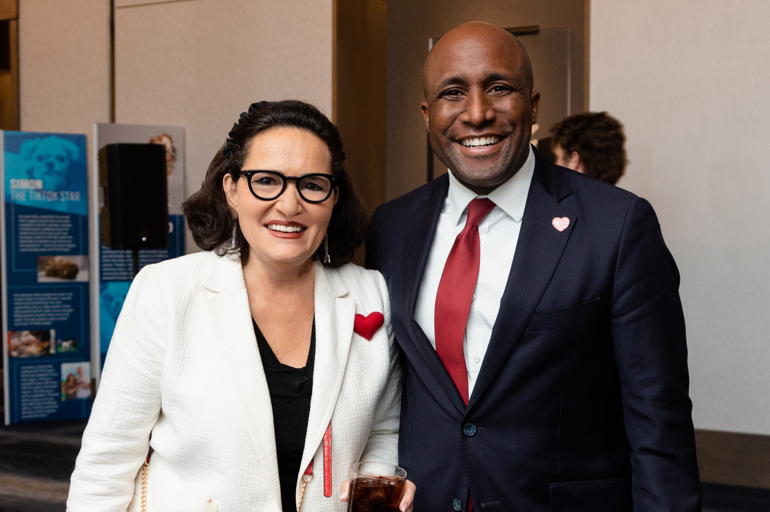 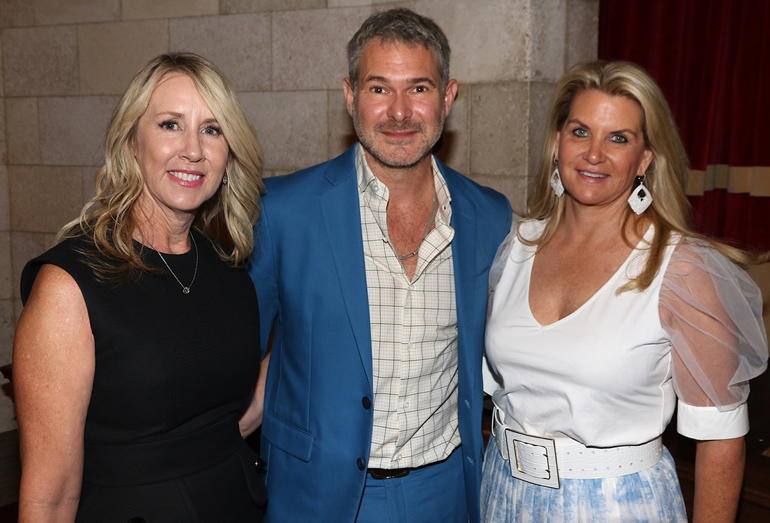 The Nelson-Atkins Museum of Art – Committee of 100 Luncheon

The 11th annual Committee of 100 Luncheon was held on September 20th at The Nelson-Atkins Museum of Art, with Bronson van Wyck as the featured speaker. Dr. Phyliss Bernstein and… 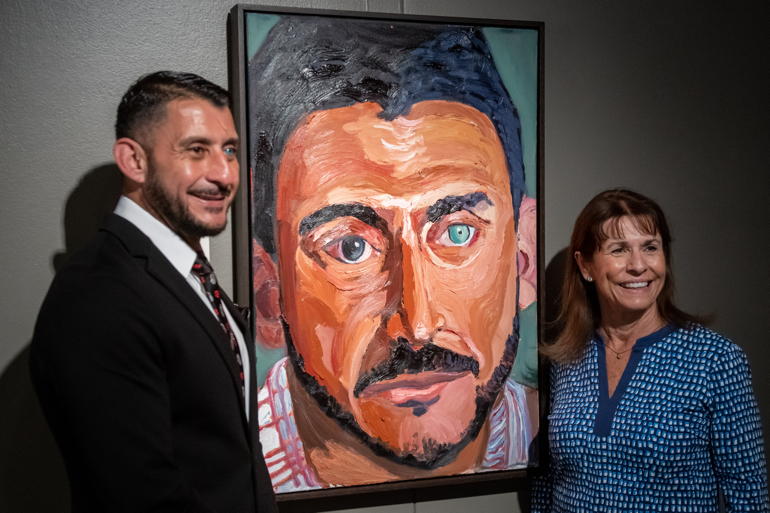 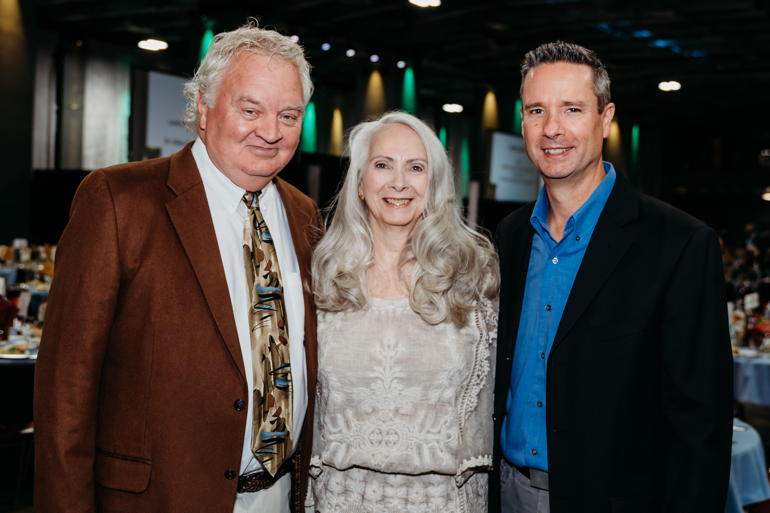