INNOCENCE LOST: Mezzo-soprano in Lyric’s ‘Così’ muses on the pleasures and perils of ‘being Dorabella’

Daniela Mack is by far one of the most thrilling young mezzo-sopranos of our time. Kansas City is privileged to have her join the Lyric Opera’s production of Così fan tutte, which plays at the Kauffman Center from March 16th through the 24th. (See our full preview article here.) Daniela’s bold interpretations are matched only by her versatility: In addition to major roles of the bel canto repertoire at such houses as Covent Garden, San Francisco Opera and Santa Fe Opera, she has performed a wide range of 20th- and 21st-century repertoire at the Metropolitan Opera, Lyric Opera of Chicago, Deutsche Oper Berlin, English National Opera, Seattle Opera, Washington National Opera, Los Angeles Opera, and many other companies.

Born in Buenos Aires and trained here at LSU and at San Francisco Opera’s Adler Fellowship program, Daniela recently created the title role in the high-profile world premiere of Kevin Puts’ Elizabeth Cree at Opera Philadelphia. For Kansas City she makes her role debut as Dorabella, one of the liveliest, most complex women in all of 18th-century opera. She recently agreed to answer some questions about the role, and her answers were so insightful that we decided to reproduce them here in full. 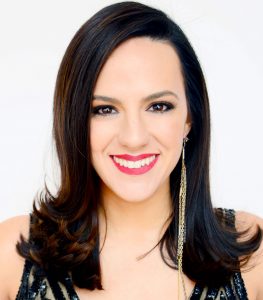 PH: Can Così be “read” as a contemporary comedy, or does it only make sense fully in the context of 18th-century morés? (Specifically, that a woman’s fidelity was of foremost importance, and it needed to be “tested” to make sure it was firm?) Or does the opera still speak to the manipulative ways in which men try to assert the preeminence of their needs, etc.?

DM: Cosi has stood the test of time thanks to Mozart’s sublime and complex music. The score is riddled with irony, comedy, and some of the most beautiful and simultaneously painful music ever written. I think it’s easy to criticize the story for being superficial, ridiculous, and for depicting an outdated view of women. Despite the fact that the piece was conceived for 18th century audiences, it has been successfully updated and modernized countless times. The systemic mistreatment and manipulation of women explored is still prevalent in today’s society, and Mozart’s work presents an opportunity to discuss and face these issues head-on.

It’s easy for an audience to say “this is a frothy comedy that shouldn’t be taken too seriously,” but you don’t have that luxury: (a) The substance of the text and the music suggest greater seriousness than that, and (b) as a singing actor you have to make a sensible case for the character: You are compelled to look beneath the surface and make her seem like a “real person.” What are the challenges of this for Dorabella? What are the contradictory aspects of her character, and how do you solve those? And how does she evolve through the opera? 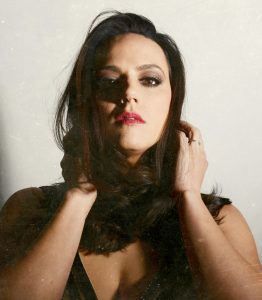 As an actor, I absolutely have to make sense of the character so that I can deliver a convincing portrayal for an audience, otherwise I would be a boring and empty vessel. That’s not to say that I have to agree with the actions or emotional responses that my character exhibits, but I personally need to understand them. In Dorabella’s case, this is tricky. She can come off as flighty, silly, and generally without much substance, but I think this is a misconception informed by how the other characters in the piece speak of and interact with her.

I believe the common view of Dorabella is also skewed by our own modern filter. Both of the sisters are young and inexperienced, which is a given, but Dorabella is particularly innocent. She is emotionally unprepared for what is about to happen to her, thanks in no small part to her sheltered upbringing and the treatment of her by what little she has seen of society. She is aware of how to behave and what little is expected of her as a “respectable woman,” but only because she has read about this in a book. She knows nothing of heartbreak, and has not had much in the vein of emotional support from her absent parents. She knows nothing of meanness and deliberate manipulation, though her whole life to date has been orchestrated by others. She has very strong feelings, is not shy, and given the opportunity, she will happily share her thoughts and take action.

The situation she finds herself in when she is being seduced by Guglielmo in disguise is likely the first time in her life when she (seemingly) has a choice of her own to make. She chooses to follow her innocent impulse (albeit under Guglielmo’s forceful hand), trusting her elders’ council and believing them to have her best interest at heart. Her outcome, however, is the most heartbreaking of all. She comes out of the game scarred, with her dignity stripped from her, and with no love to show for it. 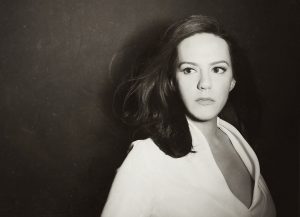 When you sing “Smanie implacabili” and the big scene leading up to it, we’ve been sliding along with the “buffa” aspects of the piece when suddenly we are thrown into the world of opera seria. This can be as disconcerting to modern audiences as it must have been to Mozart’s and Da Ponte’s: The music is telling us that this woman really is in an emotionally agonized state of mind. Do you still try to maintain a sort of “lightness” to it, or do you embrace the torment fully? And how do you make that jibe with the idea of Così as a “comic opera”?

The piece is a dramma giocoso, and while it has elements and moments of comedy within it, it is at its heart a serious piece. It is tempting to view Dorabella’s aria as overly dramatic and verging on the ridiculous. For me, it’s important to always believe the words that I’m singing, and to make the emotion (in this case, agony) real for myself, because it is absolutely real for Dorabella. Her actions can be funny, but the intention is serious. Mozart was a natural at exploring the complete range of human emotion, and often in this opera, he depicts extremes within one phrase. The result is a full picture of how people are not only powerless to control emotion, but how unpredictable and all-consuming it can be.

Nearly everyone recognizes the duplicitous, even sinister nature of Don Alfonso’s plot. In the end, though, is it an anti-woman statement, that the sisters can be wooed so easily? Or is it a critique of male cruelty, and of the gullibility of young males to fall into evil plots at the suggestion of their elders? 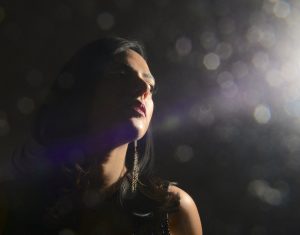 I’ve never seen this piece as anti-woman. In fact, most of the women in Mozart’s mature operas are strong, intelligent, and fierce in some way or other, and I don’t think he was making a negative statement about women as he composed this. I think the young women are tragically misused and treated as little more than objects. They are victims of their circumstance and of society’s imposed rules. Though the two young men agree to play this terrible game on them, even they have fallen prey to the expectations of society, and how they would be viewed or ostracized if their lovers were unfaithful.

The real villain in the piece is Don Alfonso, who is unhappy with himself and absolutely devoid of empathy. He is willing to experiment with people’s lives, no matter the cost, in order to prove a misguided theory. History has shown how dangerous and damaging experimenting with human life for the sake of a greater cause is. Nobody comes out of this unscathed, and everyone has lost their innocence by the end of the opera.

Do you, personally, have an answer in your mind at the end, as to whether you’ll go back to your original lover or stay with the new one?

I have seen this interpreted in several ways, and I am open to the director’s view. For myself, I gravitate towards the not-so-clean ending where nobody stays connected to a partner, since I think that’s a more realistic conclusion after the trauma that they have lived through.

The cast for Così also includes Rebecca Farley as Fiordiligi, Alasdair Kent as Ferrando, John Viscardi as Guglielmo, Maureen McKay as Despina and Patrick Carfizzi as Don Alfonso. For tickets call 816-471-7344 or go to www.kcopera.org. To reach Paul Horsley, performing arts editor; send an email to paul@kcindependent.com or find him on Facebook (paul.horsley.501) or Twitter (@phorsleycritic).

SLEEPERS, AWAKE: New composition shows parallels between our yearning for unity and music’s need for inclusiveness

As our nation struggles with issues of inclusion and racial equity, performing-arts organizations also find themselves reexamining their own core values, to ensure that their activities reflect a changing America.…

VIEW FROM THE TOP: Kansas City violinist’s career takes a giant leap with three competition victories in a row

It was not preordained that Maria Ioudenitch would become a professional musician. It’s true that her parents, Kansas City-based pianists Tatiana and Stanislav Ioudenitch, saw an innate musicality in her…