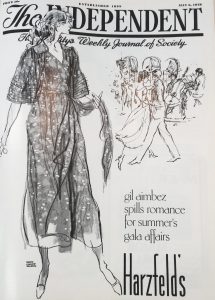 It’s absolutely true that fun is where you find it — and we’ve decided to look for it in 1978. We’re harking back to a time of dressing up and going out. Part of the joy of the events was in getting ready for them. If the contents of The Independent documented what our subscribers were doing, the cover often offered guidelines for their wardrobes. Our Town had several talented illustrators, including Mary Louise Wilson, (in private life, Mrs. Louis C. Hickman), and Patricia George, both of whom devoted much ink to Harzfeld’s. That was one of many much-loved stores, along with other favorites, such as Woolf Brothers, Swanson’s, Halls, and Jack Henry. Earlier generations had ventured downtown for lunch followed by an afternoon of shopping, but now the Plaza was the most desirable destination. Then, too, some of the stores also had locations in suburban malls.

Once everyone was dressed, where were they headed?

The Mission Valley Hunt Ball was held in the recently reopened lobby of the Savoy Hotel. Bagpipers performed during the cocktail hour, and later there was dancing to the tunes of the Mike Ning Combo. Who was in charge of the decorations? None other than Bob Trapp.

Bob Griffith taught a series of disco lessons on Thursday nights at Mission Hills Country Club. The 20 couples who signed on often prolonged the festivities, with dinner either before dancing or afterward.

A benefit for the Folly Theater featured an open house with wine and cheese. Then, guests were off to the Lyric Theatre for a performance of A Chorus Line, followed by a buffet supper at the Radisson Muehlebach. No doubt many of those assembled were quietly humming “What I Did for Love” from the show. (You 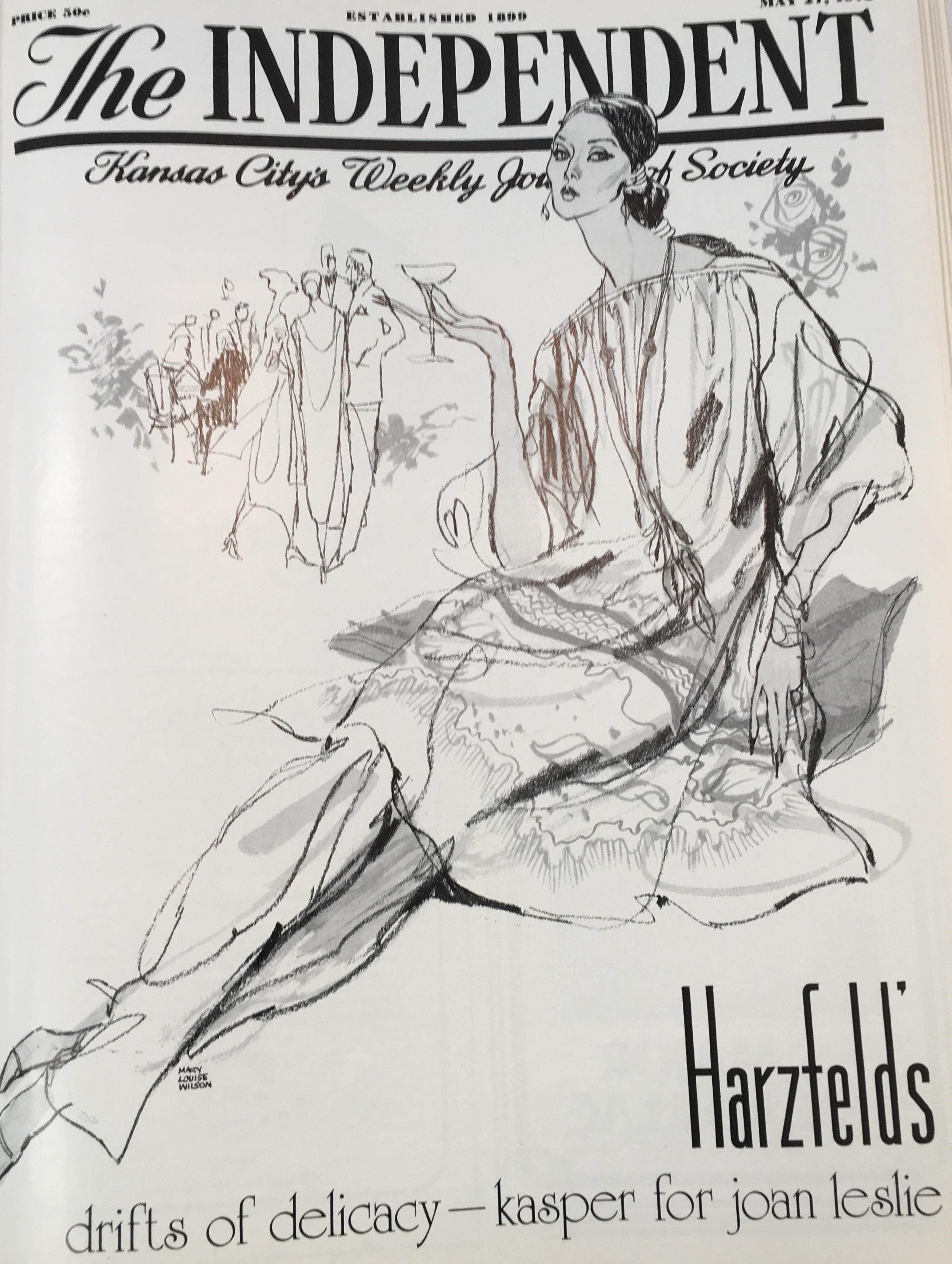 know it — that’s the one that begins, “Kiss today goodbye…”)

Richard Stern hosted a party for Ethel Merman after her Saturday Night Special Concert with the Philharmonic. Lobster Newberg was on the menu. It was noted Ethel didn’t want to sit down — we can’t blame her. We bet she was eager to explore every inch of Richard’s house, which was designed by Frank Lloyd Wright.

Beverly Sassoon, then the wife of Vidal Sassoon, (he was a celebrated hairstylist, and she was a media darling in her own right), jetted into Our Town, with a new cosmetics line. She received the key to the city from Richard Berkley, then mayor pro tem. That was as good an excuse as any for a cocktail gathering at The American Restaurant.

The Nelson Gallery of Art and the Philharmonic created A Beethoven Festival to complement the opening of the exhibition Art in the Time of Beethoven. In addition to a weekend of concerts and lectures, there was a black-tie event, the Gallery Musicale, at the Nelson. There was a performance by Sandra Warfield, a mezzo soprano, of Scottish, Irish and Welsh songs, as well as chamber music.

The lead-up to the Bacchus Ball included two parties in one evening at 3800 Baltimore. One was in Scott Lindsay’s apartment; the other at Will Petit’s. The honorees were Bill Como, the editor of After Dark and Dance magazines, and Frank Dorcy, who produced the Ball. According to the “Over My Shoulder” column in The Independent, Frank’s “Disco Kids catered the buffet and they cook as well as they dance.” The theme for the 1978 Bacchus Ball? “Time, Space and Star Worlds.”

A party set for 1977 was moved to the following May. The Tuesday Night Dance Club met at The Kansas City Country Club to enjoy dinner and the musical stylings of Steve Miller. Our scribe noted, “The Christmas decor, by Mrs. I.O. Hockaday, Sr., and Mrs. Joseph W. Gilbert, had table toppers of mannequin heads, 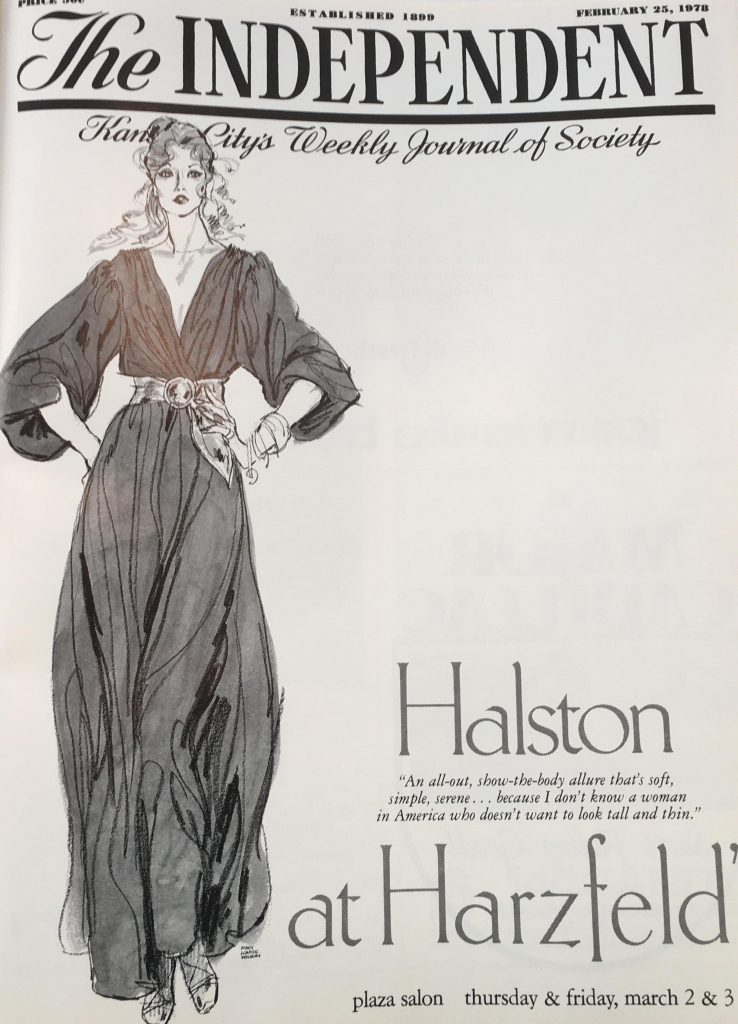 When the gentlemen of the Kansas City Breakfast Club decided to have their ladies join them for an evening out, they dressed up in 1920’s garb and gathered at the Carriage Club. When not dining or dancing to the music of Ed Coleman and his Roaring Twenties Band, they posed for photos in front of a 1928 Franklin. (Just think — these days, a 50-year-old car dates from 1971!)

That marks just a few of the highlights of the early months of the 1978 calendar. The Jewel Ball, the BOTAR Ball, and the Community Ball and Cotillion were very much a part of the social scene, as were any number of garden tours, class reunions, committee meetings, luncheons, golf tournaments, and dinner dances.

Right now, much of what made that era enjoyable seems as distant as 1978.

Not now. For all the reasons we already know, we’re not doing this now.

Also featured in the January 23, 2021 issue of The Independent
By Heather N. Paxton 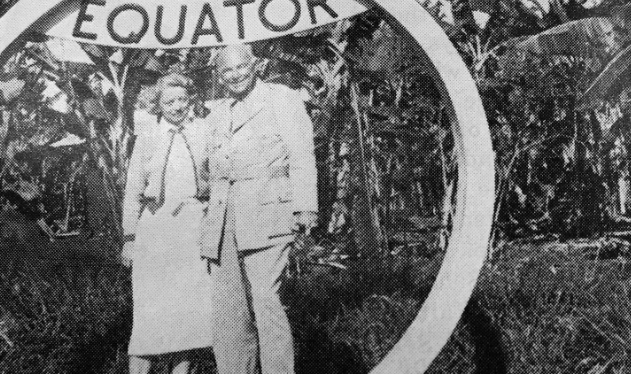 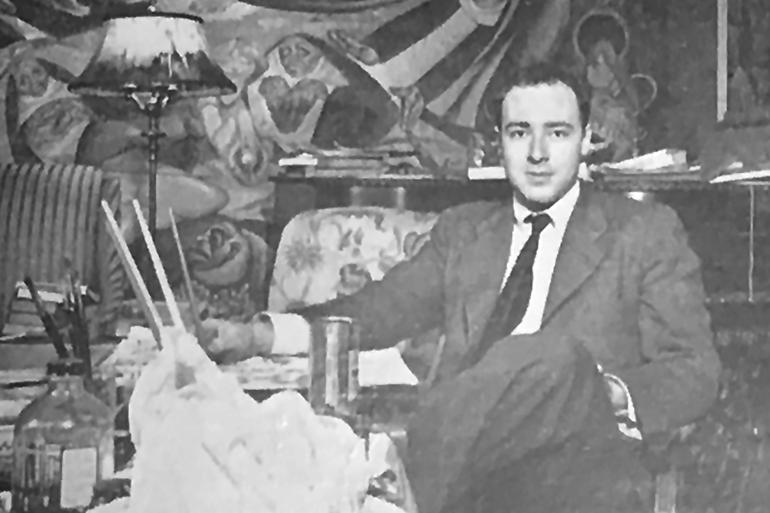 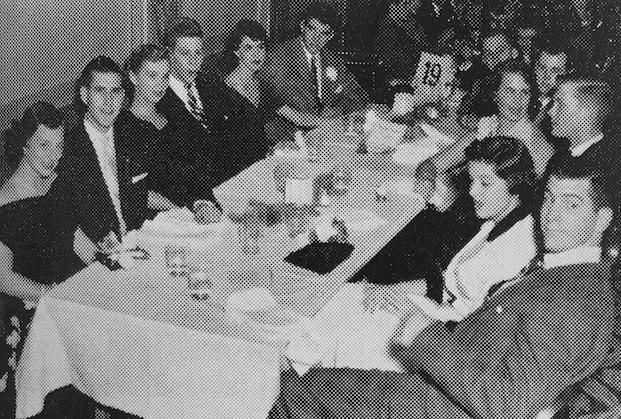 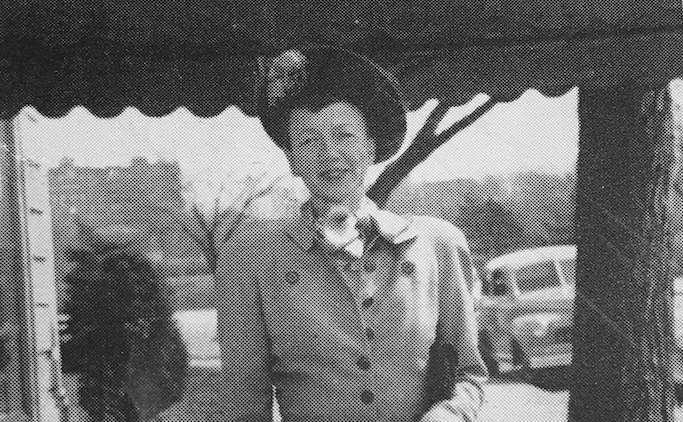