Sara Martha Faessel and George Revis Lewis were wed on August 17th at the United States Naval Academy Chapel in Annapolis, Maryland. The bride is the daughter of Dena and Dale Faessel of Pensacola, Florida. Her groom is the son of Sara and Ralph Lewis of Prairie Village, Kansas. On the evening prior to the ceremony, the groom’s parents toasted their son and future daughter-in-law at a rehearsal dinner at the Severn Inn.

Following the wedding, the bride’s parents hosted a reception at The Naval Academy Club. Paul Lewis, brother of the groom, served as the best man. Sara and George enjoyed a honeymoon in The Maldives. Lieutenant Sara Faessel Lewis is the 24th Company Officer United States Naval Academy. Before the wedding, she was deployed to Iraq, El Salvador, and the Philippines, and was Flag Aide to the Commander, Naval Sea Systems Command. Lieutenant George Lewis was a JAG Corps officer with the Criminal Court of Appeals and a White House Military Social Aide. He is now employed with the White House Counsel’s office. 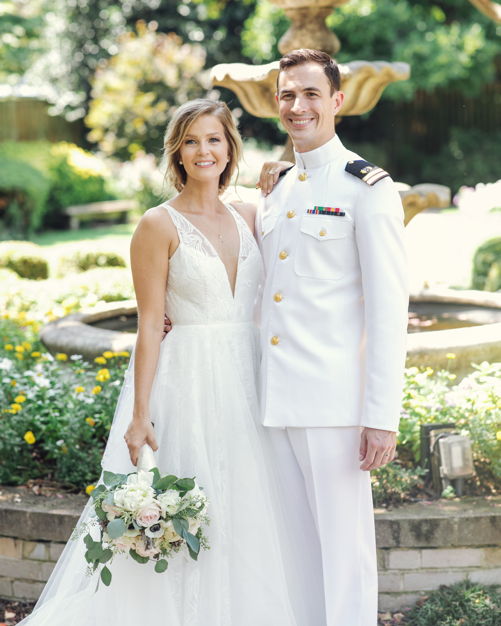 Also featured in the November 9, 2019 issue of The Independent
Photo Credit: Hamilton Photography